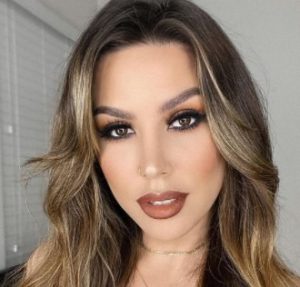 Amazon Studios is ready to disrupt the market this fall with some hot TV shows set to release soon. Tampa Baes, one of Amazon Prime Video’s originals, was announced by the streaming giant in July 2021 and is set to release very soon in the US, UK, New Zealand, and a few other countries; we still don’t have a global release date.

The reality TV series will follow a young, fun-loving group of lesbian friends as they navigate and celebrate life in Tampa Bay, Florida’s LGBTQ+ hub. So far 13 cast members have only been announced, and makeup artist Summer Mitchell is one of them.

Learn about her age, family, job, and girlfriend in this Summer Mitchell wiki below.

Summer Mitchell was 29 years of age in July 2021. We also know that she celebrates her birthday on the 12th of July every year. On her 28th birthday, Summer’s girlfriend Marissa wrote a really sweet birthday post for her.

Summer Mitchell was born and raised in Duval, Florida. For some time now, however, she has been splitting her time between Duval and Tampa.

Coming to talk about her family, Summer has an excellent relationship with all of her family members, including her parents. Reportedly, Summer’s father, Brian, is a cancer survivor.

Summer also has one brother in her family. Any information about him was unavailable on the Internet.

Summer Mitchell stands at a rather short height of 5 feet 5 inches and weighs no more than 55 kilograms.

Her distinctive physical features would be her long black hair, brown eyes, and tattoos on her right hand.

Summer shared her excitement about joining Tampa Baes by making an Instagram post on Monday, July the 19th, the same day Amazon Studios announced the show.

While there is still some time left before the show premiere in Amazon Prime Video, Tampa Baes has already come under for colorism.

Per her Instagram bio, Summer Mitchell is a certified makeup artist by profession. Her LinkedIn profile shows that she has been working as a Med Spa Concierge at Coco Med Spa since December 2020. Previously, she worked as a makeup artist at MAC Cosmetics.

Summer’s first real job was as an account manager at SingleSource Services. She worked for the company from August 2010 to August 2014. From January 2015 to 2019, she worked as a freelance makeup artist.

While we don’t know how much Amazon Studios paid for her appearances in Tampa Baes, Summer Mitchell made a yearly income of $68 thousand as a makeup artist. Her net worth was definitely not more than $500 thousand as of July 2021.

Summer Mitchell was available on Instagram and Facebook as of July 2021. She had 43.8 thousand followers on her @summerviixi IG handle as of this writing.

As the show’s description suggests, Summer Mitchell is a lesbian and she does have a girlfriend. Marissa Gialousis is Summer’s girlfriend and yes she also starred in the eight-episode long docuseries, Tampa Baes, along with her partner Summer.

As of 2021, Marissa is a Registered Nurse at BayCare Health System located in Tampa, Florida.

Marissa uploaded a picture of them in her IG handle @religiouslyrebellious alongside a really sweet caption that read: ‘Had too much fun celebrating our anniversary and didn’t post on the day 🤷🏽‍♀️ November 4th marked the third year I’ve spent lovin this gorgeous ass woman. I can’t imagine possibly loving you anymore than I do, but you prove me wrong everyday. Happy anniversary to my best friend. I have a feeling this next year might be the best yet.’

The pair, from time to time, keep uploading pictures of them to their socials. For instance, on December 5, 2020, Summer again expressed her love for Marissa. Putting a couple of pictures of them kissing, Summer wrote, “Through all the change this past year, one thing has remained the same. My love for you, ” in the caption. 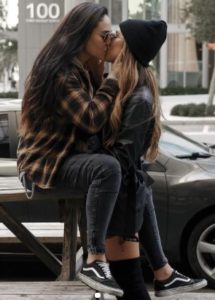 A picture of Summer and her girlfriend Marissa kissing on the streets of St. Petersburg Downtown.

As of July 2021, Summer and her girlfriend Marissa were still very much together.