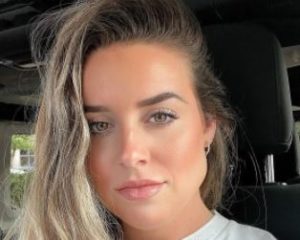 Good news Amazon Prime users, a new eight-episode reality series “Tampa Baes” is about to set premiere in Fall 2021, and it features a group of lesbian friends including our star for the article, Nelly Ramirez.

So, who is she? Keep reading this Nelly Ramirez Wiki and find out.

Amazon’s brand new docuseries, Tampa Baes followed 12 lesbian participants who navigated life in the “ever-growing gay hotspot on the Florida shoreline”. According to Amazon Studio, the young lesbians were in a group called ‘it-crowd’ that navigated and celebrated life in Tampa Bay – “Florida’s LGBTQ+ hub and the place to see and be seen.”

They added, “Always ready for an adventure or a good party, this group of loyal friends — and sometimes more than friends — is ambitious and unapologetic while constantly battling stereotypes and labels.”

Tampa Baes was set to premiere all over the world in the fall of 2021.

But alongside the excitement of the show’s premiere, Tampa Baes was also getting some hate for favoring colorism. Reason being? The reality show’s promotional image failed to include any dark-skinned women.

Elated, Nelly took it to her IG to share a picture of the cast, captioned,

“Secrets out! So incredibly excited to be a part of this opportunity and cast! Coming this fall.”

Mentioning her distinct features, Nelly has brown eyes, naturally dark hair, and has done a septum piercing. Also, not to mention, she has a voluptuous curvy body.

Nelly Ramirez was 24 years of age when she first appeared on Tampa Baes in 2021.

She celebrates her birthday on February 11 and is of the Aquarius zodiac.

A Tampa, FL native, Nelly Ramirez didn’t talk a lot about her family. But on her 23rd birthday, she took the time out to thank her family that showed her “nothing but pure love and continued to make (her) feel special.” She added, “I wouldn’t be the same without any of them.”

Also, on June 23, 2020, Nelly took it to her IG to share a picture with her “twin sister” Kenya Steph. However, don’t be confused, they are just good friends.

It was Kenya’s birthday that day.

As of July 2021, Nelly entertained 9.5K followers over her Instagram @nellyellee.

Nelly Ramirez is a professional makeup artist who has worked in the industry for over 6 years. In her words, she was a “4X certified licensed PMU artist”.

As for her job, Nelly worked out of her beauty salon named “Nelly’s Brow Bar” in Tampa Fl. Her services included Ombré Powdered Brows, Touch Up, Correction Brows, and Brow Tintin that cost $350, $155, $450, and $50 respectively.

What’s interesting was that Nelly didn’t t work on any brows that she was not comfortable with or saw ideal in shape. She required her customers to be fully confident in her and her signature look.

By 2021, she had already garnered a net worth of under $ 250 thousand. However, this may soon rise, as Nelly now is a reality star as well.

Also, Nelly already had an IMBD profile, thanks to Tampa Baes.

If you’re a fan of Tampa Baes then Nelly Ramirez’s girlfriend shouldn’t mystery to you. However, just in case you missed it, she is Nelly’s co-contestant Ali Myers.

The two were together for over five years, even before they appeared on Tampa Baes. They celebrated their anniversary on July 5 and often took it to their respective IG to commemorate the day.

Likewise, Ali also wrote a long caption on her IG, which we will spare you the details of.

But it wasn’t just on anniversaries that they celebrated with each other. Rather, they posted about the other every chance they got. 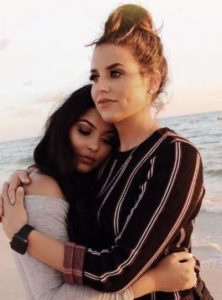 Little info about Ali: Apart from being a reality star, she is a real estate sales and marketing representative who worked for the Sunshine Investment Group LLC. Also, she has been a soccer player all her educational career and was even named 23-5A All-District Offensive Most Valuable Player by the Houston Chronicle.