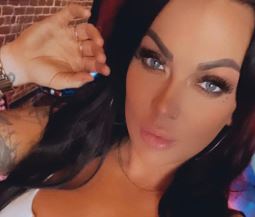 A show filled with amazing lesbian friends! Isn’t this what we all have been waiting for? Well, the reverie will be turning into reality this fall 2021.

Twelve lesbian beauties are coming together to compete in Amazon Prime’s reality series Tampa Baes, and among them, there’s someone you should be looking out for, the registered nurse Cuppie Bragg.

Delve into this Cuppie Bragg Wiki to learn all about her.

Amazon’s brand new docuseries, Tampa Baes followed a group of young lesbians including Cuppie Bragg who were a part of the ‘it-crowd’ that navigated and celebrated life in Tampa Bay — “Florida’s LGBTQ+ hub and the place to see and be seen.”

According to Amazon, “Always ready for an adventure or a good party, this group of loyal friends — and sometimes more than friends — is ambitious and unapologetic while constantly battling stereotypes and labels.”

Tampa Baes was set to premiere all over the world in the fall of 2021.

But alongside the excitement of the show’s premiere, Tampa Baes was also garnering some hate for favoring colorism. Reason being? The reality show’s promotional image failed to include any dark-skinned women.

“Super pumped” to be joining the cast of Tampa Baes, Cuppie took it to both her Twitter and Facebook to reveal the news. She tweeted,

“So excited to be on this 🔥 all lesbian cast of #TampaBaes! Coming this fall to @amazonprimevideo.”

Cuppie Bragg was reportedly born in 1995. So, that would make her 26 years of age when she first appeared on Tampa Baes in 2021.

She celebrates her birthday on July 21 and is of the Cancer zodiac.

Fun Fact: On her 23rd birthday, Cuppie hosted a “princess party” where she served drinks “all night”. Also, anybody who wore a TUTU dress was offered a $20 bar tab.

Talking about her weight loss journey, Cuppie once was a chubby girl who struggled with weight loss for many years. She said that she “always gave up” when she didn’t see good enough change or had a slip up with her diet or training. However, after a while, Cuppie learned that consistency was the key and made “a few changes here and there.”

Now, after a successful feat, Cuppie encourages her fans and even offers a fitness program called “Cupfit”. It offered a “custom macro-based meal plan, training and cardio, weekly check-in, and supplement recommendations.”

According to Cuppie, if you “strive to be different”, she will help you to “succeed, feel better in your own skin, and enjoy this lifestyle.”

Cuppie Bragg is the daughter of Sunlake coach James Bragg. If you know who he is, he was the one who broke the school’s losing streak in boys basketball. He was appointed as the head coach of Sunlake in April 2016.

As for other members of Cuppie’s family, she has a brother named Jimmy Bragg, and a sister Cheyenne Bragg. Little details about them:

Her Facebook page had yet to accept followers then.

Also, she had an eponymous Youtube channel with 2 videos.

Unfortunately, we couldn’t find her over TikTok.

Cuppie Bragg is a registered nurse. She started her nursing career on a neuroscience floor at Tampa General Hospital in March 2016. In Nov 2017, she then jumped ship to Lee Memorial Hospital in Fort Myers and went on to hold her job there until Dec 2019.

As of 2021, she was enrolled as a Nurse practitioner (MSN) at Chamberlain University so she could further her career. Previously, she went to Pinellas Park High School and later graduated from South University in 2015.

By 2021, Cuppie garnered a net worth of above $300 thousand. Just in case you are curious, a registered nurse in FL made around $32 per hour.

In light of her time on Television, Tampa Baes was her first-ever reality show, for which she was already given an IMDB credit.

Cuppie Bragg wasn’t someone who flaunted their dating life over socials. So, as of 2021, her girlfriend remained a mystery to us.

Maybe, in time, Tampa Baes will reveal more about her previous relationships or the new one. But until then, keep following this article to be updated on what’s new.