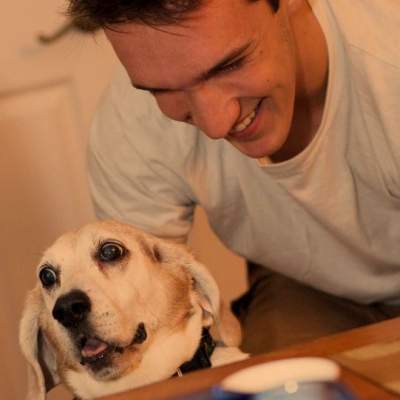 America’s Next Top Model alum and the Crazy Stupid Love actor Lio Tipton came out queer and non-binary early just after the start of 2021’s Pride month. In an Instagram post, she wrote her pronouns are they/she. And naturally, following the revelation, fans were more prying about her relationship with her boyfriend, Chaz Salembier.

Find out about Lio Tipton’s partner over this Chaz Salembier wiki!

Chaz Salembier hails from his hometown of St. Louis, which is a major city in Missouri along the Mississippi River. Recently (i.e. in 2021) he lived in Los Angeles, California.

From his late grandfather, Marvin Stephen Thorup’s obituaries published on legacy.com one could tell Chaz’s parents are Janice Thorup and Philip Salembier.

Both of Chaz’s maternal grandparents have passed away. Grandmother Shirley Ann Johnson breathed last in 2002 and three years later even Marvel joined her.

Their father Philip Salembier is a consultant based in Ann Arbor, Michigan, United States. He studied Master of Architecture at the University of Utah in 1978 – 1982. Also, from 1967 – 1971 he attended the University of Virginia for the Bachelors of Arts.

Chaz still recalls getting the news of his mom’s cancer at the age of 8. So, in 1995 his mother, Janice, was diagnosed with Chronic Myelogenous Leukemia and was given less than a year to live. But, she fought it so well and proved that the cancer was messing with the wrong person. And the last time we heard of her, in Chaz’s blog writing, she was happily taking on the world and enjoying every moment of every day.

Chaz Salembier’s player card in The Baseball Cube listed his height and weight respectively as 6′ 1″/1.85 meters and 195 lbs/88 kg. It seems he was no less than a star athlete during the Saint Louis University days. There, he also attended the Bachelor of Arts in Rhetoric and Composition.

Although Chaz Salembier partook in the social media scene his profiles on Instagram, Twitter, as well as Facebook, were as low profile as they came. In fact, in this aspect, he is a lot similar to his Warm Bodies and Two Night Stand star beau. Even the gorgeous Lio has this unique way of sharing on social media.

Just so you know: Lio, before she began her road to Hollywood, was a child figure skater.

Chaz Salembier is a creative executive at the Greater Los Angeles Area-based The Walt Disney Studios. He has been employed there since at least May 2015.

As part of the job, Chaz, alongside his co-worker Jessica Virtue, was overseeing the live-action/CG hybrid remake of Disney’s animated classic, Lady and the Tramp in 2019.

From what glassdoor.com estimated, his average salary as a creative executive of The Walt Disney Company would fall between $59K and $125K yearly.

For the net worth, the producer of Cyrano the Moor reportedly pulled in almost $1 million in assets (before 2021).

Until Valentine’s Day in 2021, Lio Tipton was pretty much convinced that she found her forever Valentine in the form of Chaz Salembier. The Valentine’s Day post (2021) on Lio’s Instagram was the most recent they were seen together as a couple.

Lio was “pretty down” with the idea of spending Valentine’s time with her partner Chaz (PIC: Lio’s IG)

Reportedly dating since 2019, Lio started mentioning Chaz (although very occasionally) only in 2020. First, she had shared their cozy, blurry moment from New Year’s 2020 celebration. Months later in March, she went on with the affirmation that the guy can read her mind.

Lio’s relationship with Chaz has been relatively private as compared to the rest of her past affairs.

Before Chaz, the Minneapolis, Minnesota native went out with actors Aaron McManus and Jake McDorman.

Recently as Lio came out as non-binary and thanked her fans for the support, her co-star and ex-boyfriend Jake commented “Proud of you Lio” with a red heart emoji on her Instagram post.

That been said, both Chaz and Lio— who was set up to be “sold” to a Saudi prince —never seemed to have married separately or together, any time in the past.