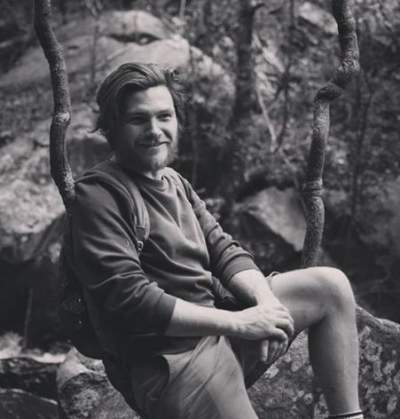 Visiting places like the Time Square in America was a childhood dream of Syngin Colchester. He, most probably, never knew that someday he would have his home in the very place, the United States.

He still recalls arriving in America for the very first time. It was a “fun and crazy” and “such an overwhelming experience”— he said.

And, this dream of his was likely possible because of the dating reality show, 90 Day Fiance. He arrived in New York, solely, to be reunited with his girlfriend turned fiance, Tania Maduro.

Learn more about Syngin, his wiki, career, and mostly his equation with none other than the American gorgeous, Tania Maduro.

Syngin Colchester celebrated his 30th birthday, at some point, in the year 2020.

Based upon the fact that Syngin’s last name was the same as the town, Colchester, CT, where Tania lived, viewers had some confusion regarding Syngin’s real name.

The matter was, however, yet to be addressed by Syngin.

Syngin Colchester held South African nationality and he said in an Instagram post that he came from a poor family. Nevertheless, he was amply loved by his mother and stepdad.

Syngin wrote that he saw his stepdad as his real dad. His birth father, meanwhile, left his mother when Syngin was only three months old.

For siblings, Syngin has a brother, Dylan Colchester who is a personal trainer and coach.

Syngin Colchester stands at a tall height of 6 feet and 2 inches (1.88 meters). Also, his weight was measured 95 kg at some period.

Often cheerful and beaming, he looked dapper in his somewhat long, golden-brown hair.

For seven years Syngin Colchester worked in underground mining operations in South Africa. When he spoke about his job, he was still dealing with the traumatic work experience he lived through. He shared:

I worked 2.7 km underground, the deepest in South Africa, and it was traumatising, especially being that young. There was a lot of drinking and drugs, and for a young person, especially, it was traumatic. I witnessed people dying. And looking back now, I would risk my life going back underground for stupid reasons. There were so many times I would wake up in the morning thinking about committing suicide, and now I realise that I definitely have PTSD.

And, as a result, he said he did not want to do any other job. Or, the other times he felt like he had a clean slate and therefore, can do whatever he wants.

Additionally, the fact that he used work as a bartender before he left for States, cannot go amiss.

Talking about his net worth, he had reportedly hoarded $85 thousand riches as of early 2020.

What Was Syngin Arrested For?

Circa 26th of July 2019, Syngin Colchester was pulled over for not wearing a seatbelt. To make it worse, the officer in charge found marijuana in Syngin’s possession. Luckily, the substance was only half an ounce, and so, Syngin was given a $150 fine and an order to appear in court, a month later.

Despite many ups and downs in the relationship, Syngin Colchester got married to Tania Maduro, in an unconventional ceremony, at the end of TLC’s 90 Day Fiancé Season 7.

They were the most talked-about pair in the season.

At times, fans were outraged towards Tania that she was not doing as much for her partner. But then, Syngin repeatedly came to his partner’s defense. 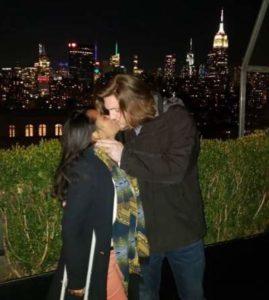 They continuously shared about one another in their social media. Although the details like where they lived and if they quarantined together during the Coronavirus pandemic stayed aloof.

Talking about kids, the pair used to have unparalleled thoughts when it came to extending the family; Tania wanted to have kids while Syngin argued he was not yet ready for “such a commitment”.