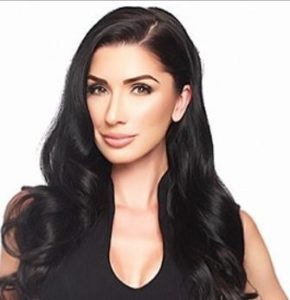 They then joked— “We’ll continue to keep you posted every step of the way, but for now we need some rest!”

Baby Paulina arrived into this world weighing 7 pounds and 13 ounces.

During the height of the Coronavirus pandemic, Brittany Pattakos blessed the fans with happy news.

Sharing an image of her sonogram on 15th April 2020 via Instagram, the health worker shared that she and Dr. Paul Nassif were expecting a baby.

According to the IG post, the baby was due in October 2020. Furthermore, Brittany and her husband were throwing a gender reveal party a week later. Also, at the time, she was 13 weeks pregnant.

Surrounded by family, she and the “Botched” star tied the knot in a ceremony held at the LA-based St. Nicholas Antiochian Orthodox Church. Among the 70+ guests at the bash, reality star Terry Dubrow stood out.

For the wedding reception though, Brittany and husband Paul flew to Santorini, Greece. Some 65 people accompanied the newly-married duo to the beachfront venue called Rocabella Santorini.

On the big day, Brittany donned a gorgeous Nektaria Georgys wedding gown. Her groom, on the other hand, wore a well-tailored gray suit. 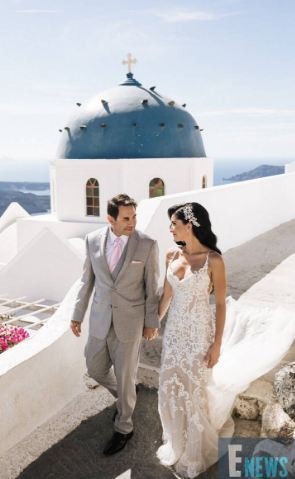 The news of Brittany Pattakos and husband Dr. Paul Nassif getting arrived three months after their engagement.

In early-June 2019, Brittany accepted the marriage proposal from then-boyfriend Paul. The “Botched” sensation popped the big question on a boat with a Harakh-designed engagement ring.

When they first crossed paths, the 28 years age difference didn’t pose as a hindrance. Brittany and Paul officially commenced dating in the summer of 2017.

Before Brittany, Paul was married to “The Real Housewives of Beverly Hills” starlet Adrienne Maloof. Together for ten years, the duo parents three children: Gavin, Colin, and Christian.

A health worker by trade, Brittany Pattakos began her foray into the corporate world with “Estrella Ranch Collision Center.”

Between June 2013 and January 2015, Brittany worked at “Banner Thunderbird Hospital” and “Phoenix Children Hospital” as a patient care technician.

Circa January 2015, Brittany joined “Advanced Aesthetic Associates.” A year later, she landed a job as a medical assistant at the “Center for dermatology and plastic surgery.”

With regards to height, Brittany Pattakos appears as tall as Paul who stands a little over five feet & four inches.

Born in 1991, Brittany Pattakos turned 29 years of age on 3rd January 2020. Actor Mel Gibson celebrates his birthday on the same days as her.

Brittany isn’t her biological parents’ only child. She is siblings with a twin sister named Jessica and a mystery brother.

After earning her high school education, Brittany attended “Estrella Mountain Community College” to become a registered nurse. She graduated with an Associate of Science degree in 2017.

When people hear the phrase “May-December romance,” their mind creates an image of white-haired...