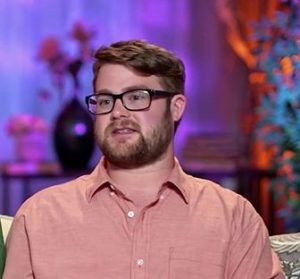 At the time of his birth, baby Daxton weighed seven pounds and eight ounces. Meanwhile, he stretched 20 inches long.

As a precaution, Amy had preemptively scheduled a cesarean. By her admission, she was warned by doctors of a possible “emergency” because of her small frame.

Hours before hitting the labor, a bed-ridden Amy shared a photo from the hospital via Instagram.

When fans and friends got wind of the married couple being first-time parents, they were showered with congratulatory messages.

Back in April 2019, Dillon and wife, Amy had announced the pregnancy. 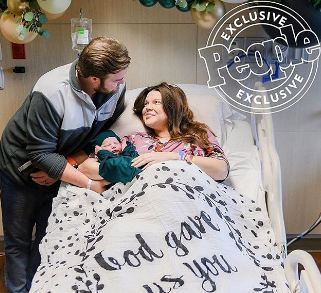 In September 2015, Dillon and then-fiancee Amy tied the knot. The duo had pitched plans to televise their wedding to TLC, who declined the offer.

Putting aside the initial disappointment, Dillon and Amy returned to TLC in 2016 with a special titled “Amy & Dillion: Married One Year.” The married pair also appeared on “Marriage Boot Camp: Reality Stars” in 2017.

Dillon and then-girlfriend Amy were engaged in Summer 2015. A year earlier, they had commenced dating. Before their relationship took a romantic shape, the now-married couple were friends for seven years.

Between January 2012 and August 2018, Dillon owned a WTP company called “Wet Ink Design.” Leaving the said business, he and his partners established “Winston Reserve” — a high-end cigar and whiskey lounge.

In November 2018, Dillon took over as Kingston Global’s Chairman of the Board. A month later, he began working as Chief Executive Officer of both “Kingston Media” and “3130 LLC.”

Blessed with little under 6 feet height, Dillon King reportedly flaunts over $400 thousand net worth from all his business endeavors.

By October 2020, Dillon King had over 33.5 thousand followers on Instagram.

Dillon King is the same age as his spouse, Amy Duggar. In 2020, he celebrated his 34th birthday.

Because Dillon doesn’t own a verified bio and Wikipedia page, it’s impossible to extract info about his siblings, childhood, and early family life.

A holder of Architecture and Computer aid design degrees from NorthWest Arkansas Community College, Dillon graduated from John Brown University in 2013 with a business degree.