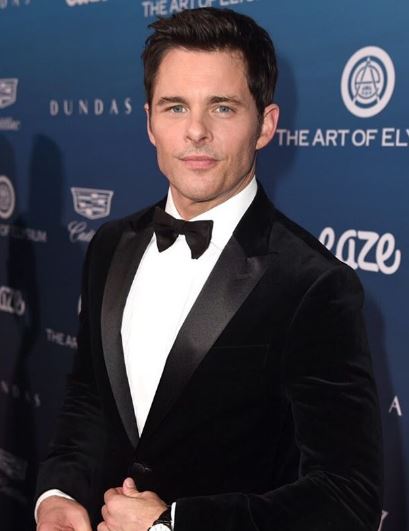 James Marsden is an American actor, singer, and former model. He started his acting career as a guest star in the TV shows Saved by the Bell: The New Class, Touched by an Angel, and Party of Five. He, however, rose to bigger notoriety after playing Scott Summers / Cyclops in the X-Men film series, and in 2006’s movie, Superman Returns.

Moving on, let us precisely tour through his wiki and personal life, as well.

James Marsden, age 46, in 2019, grew up celebrating his birthday every year on the 18th of September.

James Marsden was born to Kathleen (Scholz) and James Luther Marsden. By the time, James was only nine years old, his parents got separated.

By profession, his father was a prominent professor of Animal Sciences & Industry at Kansas State University, and his mother was a nutritionist.

James grew up with his four siblings, brothers, Jeff and Robert, and sisters, Jennifer and Elizabeth.

From his family, on both mother’s and father’s side, he inherited a blend of English, German, Scottish, and distant French ethnicity.

James Marsden, a Broadcast Journalism student from Oklahoma State University, relocated to Los Angeles to pursue a career in acting.

And so, in over two decades of journey, that followed by, he depicted countless award-winning roles.

To name the few, James starred in the TV shows Dead to me, Tour de Pharmacy, Westworld, Wander Over Yonder, 30 Rock, Second Noah.

Likewise, he appeared in the movies Once Upon a Time in Hollywood, Shock, and Awe, The Female Brain, Accidental Love, The Best of Me, amongst a lot of others.

All in all, the net worth James pulled together, working in the entertainment was predicted to be under $10 million in early 2020.

He almost always bears a charming smile. And, this very well graces his charismatic personality. Not to mention the blue eyes and dark brown hair, he is bestowed upon with.

James Marsden got married to the Days of Our Lives actress, Lisa Linde, in July 2000. Lisa is also the daughter of legendary country music songwriter, Dennis Linde.

It was his now-former wife, Lisa, who had filed for the divorce, citing irreconcilable differences. And, years later in 2018, James reflected on how the incident was “by far the hardest thing” he had been through. He and Lisa grew into different people and thus went separate ways, he then said.

However, the romance between the parents ceased for some reason.

Then, in 2015, James was briefly rumored to have been dating model Suki Waterhouse. But eventually that year, he met this gorgeous Brit Emma Deigman who is a pop-singer known by the stage name Edie. 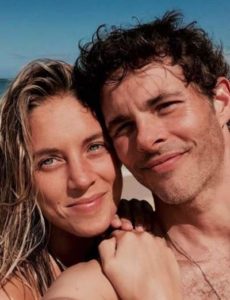 Soon, James fell in love with the musician. And as of the time of this writing, he was happy and so in love with his girlfriend, Emma.