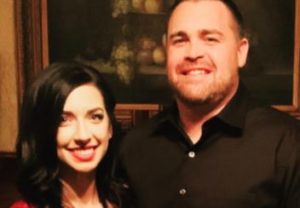 From marvelous street-racing to cars-modification, you name it! Street Outlaws blends all the ardor of a car lover. Coming back this season with even more thrills, a competitor – Ryan Martin surpassed Chief’s titled for being the fastest and shared that 405 had “gotten soft and taken their eye off of the street.”

Ryan Martin was part of the Oklahoma City (OKC) team, and also co-owned the B&R Performance. He drove his 5th Generation Camaro SS named “Fireball Camaro”, and has long been a part of the racing world even before he appeared on the show.

But today, we aren’t here to discuss Ryan’s on-screen life, rather let us learn all about his personal life; especially his wife and married life through this wiki.

As per his birthday, Ryan is of the Sagittarius zodiac.

Information on his family and education wasn’t shared.

According to his Linkedin profile, Ryan Martin was living in Oklahoma City, Oklahoma, which could also be his hometown.

Did you know: Billy and Ryan first met street racing in high school. They also worked together in someone else’s shop before opening their own.

Mentioning his distinct features, Ryan has a small chiseled nose and brown eyes. Also, he loved to keep his hair and beard trimmed.

His social media were filled with pictures of his racecar “Fireball Camaro” and posts related to Street Outlaws.

If you are wondering if Ryan’s career as only a street racer helped him earn such a handsome net worth then you partly right. He has competed against several prominent names and even stood second in a racing event “The List.” Moreover, he has worked with many street kings like Jackie Knox and Freakin’ Rican and helped their cars win.

Apart from racing, Ryan also co-owned B&R Performance. You can find their merch over “bandrperformance.com” ranging anywhere from $5 to $100.

Talking about his time on Street Outlaws, Ryan shared that he loved his job and was building the fastest streetcars for the 405 and the world. He vouched that “all of the races, wrecks, and even the fighting is 100% real” over the show.

While Ryan Martin was blazing through the races, there waited the love of his life Cherish Casey praying for his safety.

However, the duo wasn’t married as of Jan 2021. Even though the two started dating back in Aug 2015, Ryan Martin had no plans on taking Cherish as his wife anytime soon.

According to Cherish, they first met on a blind date, and “back then if you googled Ryan Martin nothing came up.” She expressed her gratefulness for Ryan and added that he was the “best thing to ever happen” to her.

Celebrating their 5th anniversary, Cherish took it to her IG to share,

“Happy Anniversary my love, Five years of nonstop crazy, and I wouldn’t change it for the world.”

Ryan and Cherish shares a kid named Dax. The family lived in Oklahoma City where Ryan focused on his street racing career and Cherish worked beside him.

Little info on Cherish Casey: She is an Oklahoma City native and worked as BDC/ Finance at Volkswagen of Edmond for a year. After she quit her job, Cherish helped Ryan with his works and liked to call herself a “Stay at Home Mum.”

Moreover, she shares the vehicle passion the same as Ryan. For her birthday (June 4, 2020), Ryan gifted her a custom modded Jeep.