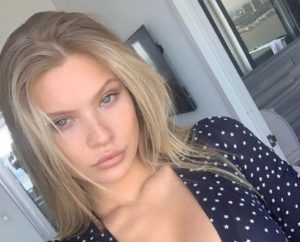 In 2020, Josie Canseco officially went off the market. Early-May that year, Logan Paul — her latest boyfriend — confirmed they were indeed dating.

Speaking to ET Online, the YouTuber shared he and Josie were quarantining together amid the Coronavirus pandemic.

Logan confessed Josie didn’t meet all the criteria of an ideal girlfriend but loved her. Furthermore, the notorious internet star insisted their romance was serious. They met through their LA friends.

In late-October 2019, Josie Canseco entered singlehood after breaking up with her boyfriend of two months Brody Jenner.

Insiders confirmed the split to TMZ and stated the age difference as the reason. For context, Josie is 14 years younger than Brody.

According to the very sources, Brody’s ex Kaitlynn Carter being single had nothing to the duo’s split.

After separating, Josie and Brody deleted each other from their Instagram accounts.

Despite the breakup, Josie and now-former boyfriend Brody were reportedly still in contact.

In late-August 2019, Josie Canseco officially went off the market.

The said video featured the “Keeping Up With The Kardashian” star hurling words of encouragement as he walked into the “Next Management” model applying makeup.

Josie and then-boyfriend Brody initially swirled dating rumors after several public sightings in mid-August 2019. It was the reality star’s co-worker/friend Frankie Delgado who introduced the two in New York.

A month and a half into their relationship, Josie even received a stamp of approval from Brody’s mother Linda Thompson. 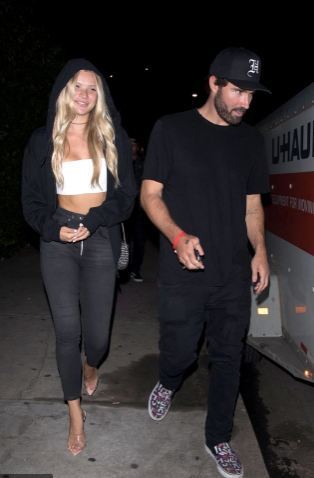 The news of Josie Canseco and Brody Jenner being an item came two weeks after the latter ended things with Kaitlynn Carter.

Though never legally married, Brody and Kaitlynn had tied the nuptials in June 2018 in a lavish wedding ceremony in Indonesia.

Following the split, Kaitlynn began dating Miley Cyrus who had separated from her husband Liam Hemsworth. The reality star and the singer, however, would eventually part ways.

As for Josie, before Brody, she was in an on-and-off relationship with musician Mike Stud.

After almost four years together, the “Victoria’s Secret” starlet dumped her once-husband prospect Mike in early-2019 citing infidelity on his part.

Josie Canseco turned 23 years of age on 5th November 2019. According to her birth chart, she is most compatible with men boasting Cancer, Virgo, Capricorn, and Pisces signs.

The Weston, Florida-native was born into a life of excess. Both of her parents – former baseball player Jose Canseco and model/actress Jessica Conseco – were as successful as they come.

As of November 2019, there remains no record of siblings.

Building on the buzz, Josie landed a modeling contract with “Next Management.” She would eventually ramp walk for “Victoria’s Secret,” “Moschino,” “Sheri Hill,” and “Frankies Bikinis.”

She was also a Playmate for the month for the June 2016 edition of the Playboy magazine.

Blessed with five feet & nine inches in height and 54 kgs in weight, Josie owns a slender physique. Per her 2019 PEOPLE interview, her diet comprises of “eating right and eating a lot of vegetables and good proteins.”

For her workout routine, Josie prefers to stick with cardio-related exercise and cycling.

Owning to her successful career, Josie reportedly garners a whopping $2.5 million net worth.

Briana Jungwirth first earned widespread popularity as the romantic partner of Louis Tomlinson. She would...