Demi Burnett entered singlehood in 2020. July that year, she shared her relationship with Slater Davis ended.

“Being with somebody who you just met like, a month ago, and then spending every single day together, both of us going stir-crazy and not being ourselves, not doing our normal routines, it really gets to people.”

“I love him, I’m crazy about him, he’s wonderful, and it’s just been really hard. It’s toxic on every level, whenever you get to that point where you’re questioning everything each other’s doing. It’s a trust thing.”

Sharing a photo of them packing in PDA, Demi called Slater the best birthday present she never knew that she needed. 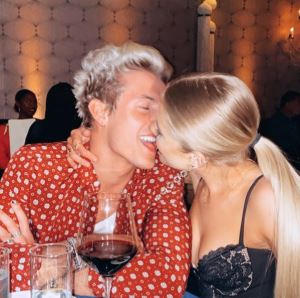 The Bachelor Nation didn’t waste any time to congratulate the dating pair. Katie Morton and Onyeka Ehie expressed happiness over the blossoming relationship.

Early in February 2020, Demi had hinted the romance by uploading a photo of the two wearing face masks.

To those unknown: Slater is a musical artist who performs alternative sounds.

Via a joint statement released on Instagram, Demi opened up about stepping back from their relationship. Admittedly, calling it quits now was the best move in the long run for both of them.

Despite the split, Demi asserted that she and once-girlfriend Kristian would continue to encourage and support each other.

Demi also took time to thanked the fans for admiring their once-budding romance. 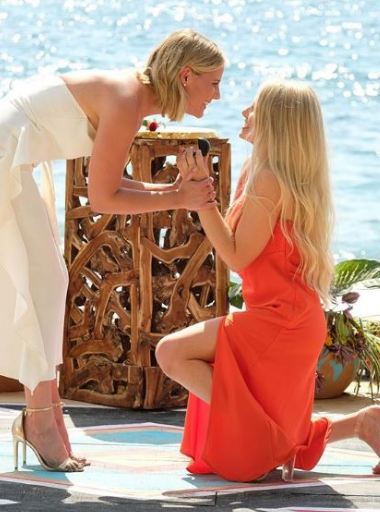 During the sixth season finale of “Bachelor In Paradise” which was aired in September 2019, Demi Burnett and then-girlfriend Kristian Haggerty got engaged.

In Spring 2020, Demi spilled the beans on their engagement. According to her, she felt irritated by Kristian’s proposal. Moreover, she didn’t like the engagement ring picked by her then-girlfriend.

“That made me irritated because … I’m a selfish person sometimes and that was my thing…I was like, ‘I proposed to you,’ you know? And then I was like, ‘Why’d you do it? That makes no sense. People don’t propose to each other like that normally.’ I don’t know. I was being a bitch about it, essentially. … I’m such a brat. I didn’t like the ring at all…. I feel really, really bad about that too because it was a really nice, sweet gesture and I made her probably feel like she shouldn’t have done it or made her feel bad about it. That’s so not fair.”

Accused of setting up Kristain’s arrival on “Bachelor In Paradise,” Demi was forthcoming about her “lesbian” identity and her relationship with Kristian from day one.

Before her “Bachelor In Paradise” tenure, Demi fought for Colton Underwood’s love in the 23rd season of “The Bachelor.”

Back in July 2019, Demi tweeted about being a “queer queen.” Interestingly, she identifies neither as a lesbian nor as a bi.

Demi Burnett exploded into the spotlight after competing in the 23rd season of “The Bachelor” and the sixth installment of “Bachelor In Paradise.”

Beyond her life as a reality TV star, Demi is a fashion designer and an aspiring model. All three jobs combined, she should earn a hefty sum that solidifies her $250k net worth.

A native of Dallas, Texas, Demi Burnett turned 25 years of age on 21st February 2020. According to her date of birth, she is a Pisces.

Demi was born in 1995 to loving parents. Moreover, she spent a chunk of her formative years in Red Oak, Texas.

Nationality-wise, Demi is as American as they make. Meanwhile, the Bachelor Nation favorite possesses Caucasian ethnicity.