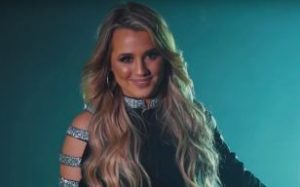 Gabby Barrett soared to popularity as an American Idol contestant. She further achieved success because of her 2017 single “I Hope”.

Continue scrolling and find out Gabby Barrett’s net worth, height, and family.

Gabby Barrett gave birth to her first child on 18th Jan 2021. She and her husband, Cade Foeher named their daughter, Baylah May Foehner.

In mid-August 2020, Gabby shared she was becoming a mother. Her husband, Cade took to IG and announced they were expecting a daughter. He wrote— “I have the most amazing Wife in the world. I can’t possibly come up with strong enough words to honor her as she has honored me in giving me a baby girl! Praise the Lord our God.”

For her part, Gabby uploaded an IG post captioned it: “And then there were three… Psalm 127:3.”

According to their PEOPLE Magazine interview, they learned about the baby in May 2020 during their trip to Cade’s family.

Gabby and husband Cade shared the “I Dos” at Union Springs situated in Garrison, Texas.

Over 100 people attended the pair’s “rustic” wedding. Caleb Lee Hutchinson and Jeremy Vuolo – also the designated official of the ceremony – were the notable faces at the bash.

On the big day, Gabby stunned their guests by donning a Martina Liana gown. Meanwhile, her husband Cade wore an all-black suit.

For their first dance as a married pair, the former American Idol contestants selected the 1959 instrumental record by Santo and Johnny Farina titled “Sleep Walk.” 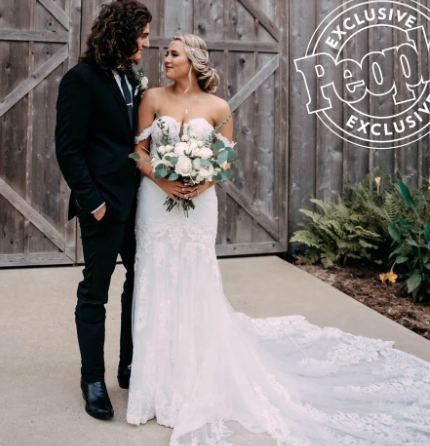 Talking to PEOPLE afterward, Gabby and Cade shared that they would travel to someplace “with clear water and white sand” for their honeymoon.

Gabby Barrett got engaged to then-boyfriend Cade Foeher in March 2019.

Cade decided to pop the big question to Gabby at the very first Las Vegas-based hotel where they first met.

The news of the engagement came a year after Gabby had begun dating Cade. The two had crossed paths as American Idol contestants in 2018.

Propelled by the show’s popularity, Gabby landed touring opportunities with Toby Keith, Keith Urban, and Cole Swindell in 2018. That very year, she released an EP titled “The Fireflies” that featured songs “Missin’ Love,” “Your Name On It,” and “Fireflies.”

In 2019, Gabby Barrett dropped more songs including “I Hope” and “The Good Ones.” Eyeing potential, Warner Music Nashville handed her a recording deal later that year. The major-label contract, in turn, solidified her $2 million net worth.

A Munhall, Pennsylvania-native, Gabby Barrett turned 19 years of age on 5th March 2019. Also, She celebrates her birthday on the same day as actress Eva Mendes.

Born to mom Pam and dad Blaise Barrett, Gabby hails from a family of ten people. What’s more, she is one of her parents’ eight kids.

Gabby took to signing at an early age. By 11, she was performing shows. Under her father’s request, 14-year-old Gabby joined a Lamb of God Christian Ministry in Homestead.