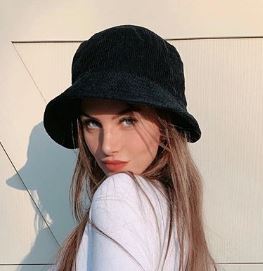 Briana Jungwirth first earned widespread popularity as the romantic partner of Louis Tomlinson. She would then become the One Direction singer’s baby mother.

Keep on reading and discover if Louis became Briana’s husband. If not, who was her boyfriend after him? What’s more, keeping scrolling and learn about Briana’s net worth, height, and family background!

In 2015, Briana Jungwirth met Louis Tomlinson. Moreover, their mutual friends introduced them to one another at a party.

Before the meeting, Briana had never attended any One Direction show. She wasn’t even a fan of the group and their music.

Meanwhile, when they first crossed paths, Louis was fresh off the breakup from Eleanor Calder — his girlfriend of 5 years.

Despite everything, Louis fell for Briana. The whirlwind romance saw the lovebirds announced their pregnancy in Autumn 2015.

On 21st January 2016, Briana and Louis welcomed their first bundle of joy and named him Freddie Reign.

Believe it or not, some deluded fans believed Freddie was a doll, and Briana’s pregnancy was a setup. They claimed Briana was a “beard” that hid Louis relationship fellow One Director member Harry Styles.

With the child in their life, the fans speculated Louis would choose to be Briana’s husband. Sadly, they never saw the duo become a married couple. By 2017, Briana and Louis had broken up. And the latter began dating his ex, Eleanor.

In a custody battle that followed, Louis sought a 50/50 split of their time with Freddie. Moreover, Briana wasn’t letting him see his son. They eventually agreed, however.

In late-2017, reports linked Briana with American musician Jayk Prudy. According to reports, they met one another through their mutual friends.

To those unfamiliar: A singer by trade, Jayk soared to the national stardom as a member of the Las Vegas-based band “After Romeo.”

After months of flirting on IG and Twitter, Briana finally introduced Jayk as her boyfriend via Snapchat.

To everyone’s dismay, Briana eventually broke up with Jayk. However, neither spilled the reason behind their split.

After Jayk, Briana Jungwirth’s dating life didn’t make headlines until 2020. June that year, tabloids reported she was in a relationship with Brody Jenner — former husband of Kaitlynn Carter and the star of “The Hills: New Beginnings.”

Despite the “divorce,” Brody and his ex remained friends. No wonder, he didn’t mind introducing Briana to Kaitlynn. Admittedly, Brody didn’t require Kaitlynn’s permission to date other women.

For her part, Briana also introduced Brody to his son Freddie. In June 2020, paparazzi caught the trio enjoying a meal at Nobu in Los Angeles.

And no, Briana wasn’t appearing on the 2nd season of “The Hills: New Beginnings.”

Engaged! Who Is Nick Gordon?

In September 2020, Briana Jungwirth dropped a bombshell introducing Nick Gordon as her fiance on her Instagram.

Going by Briana’s announcement post, Briana knew of Nick Gordon since 2010. In her own words — “10 years of knowing you and I knew all along you were my soulmate. I love you!”

Reportedly, Briana and her soulmate got engaged in Las Vegas.

What Does She Do? Her Net Worth, Job

To make her living, Briana worked as a stylist. More so than her job, Briana allegedly made money from the child support she recieved from Louis Tomlinson.

Even before giving birth to their son, Louis gave Briana $1.5 thousand every month to support herself.

When they broke up, Briana demanded $53,496 per month in child support. Over time, the amount would total to $11.5 million.

Perhaps, Briana Jungwirth’s $100k condo in Los Angeles was the most visible representation of her $1 million net worth.

Reportedly, Briana Jungwirth was born on 26th January 1992. Moreover, she hailed from California.

Briana was born to parents named Joe Jungwirth and Tammi Clark. While her mother previously worked as an actress and model, her father was in the construction industry.

Also in her family, Briana had two siblings: a baby brother named Austin and a step-brother called Brett Clark.

In 2020, Josie Canseco officially went off the market. Early-May that year, Logan Paul — her latest...