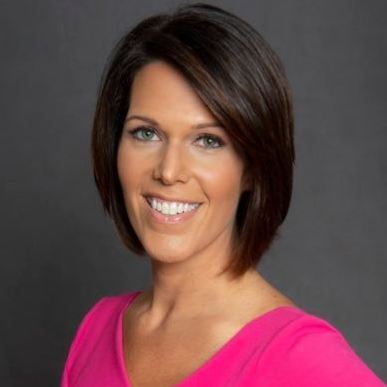 Ahead of the Jets-Patriot game, Dana fielded a question about Antonio Brown to Patriot coach Bill Belichick, who responded with a “death stare.”

Credit to Dana, she maintained extreme professionalism and continued reporting.

Once the video of the fiery exchange went viral, people online banded together and lauded Dana’s perseverance. At the same time, they condemned Bill’s “toxic” behavior.

For Dana Jacobson, the show of support from the online community couldn’t have come at a better time.

In less than a week since going viral, Dana and fiancee Sean Grande were all set to exchange the wedding vows. As previously reported, the pair announced 23rd September 2019 as the day they would get married.

For his part, Sean made a cheeky remark about Dana and Bill Belichick by sub-tweeting the clip. In doing so, he also managed to reference their upcoming wedding.

Dana and Sean’s wedding went smoothly and as planned.

On the days leading up to the ceremony, both Dana and Sean kept the fans updated about the looming nuptials. In an Instagram post, the former shared:

“Marrying the love of my life and becoming a stepmom to a love in my life I never knew possible AND getting to do the things I love to earn a living … Wow. If I’m dreaming don’t wake me up!”

Dana wore a beautiful sleeveless gown on the big day. Sean, on the other hand, looked dapper in a traditional suit.

Among the handful of famous faces at Dana and Sean’s wedding included ESPN personality, Jay Crawford.

As of Spring 2020, Dana and her husband were yet to welcome children of their own. She, however, played step-mom to Sean’s kid(s) from an earlier relationship.

Before getting engaged, Dana Jacobson fought rumors alleging her of being a lesbian. With then-boyfriend Sean Grande in the mix, those gossips went away.

Following a blissful two and a half years dating period, Dana and Sean got engaged in 2018. October that year, she broke the news of her engagement on “CBS This Morning.” 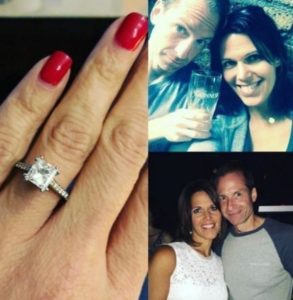 To those unfamiliar, Sean works for Boston Celtics as its play-by-play announcer. He also boasts ties with FOX Sports.

Dana Jacobson commenced her broadcasting career with stints at “WPBN” and “KXTV-TV.”

Between December 2002 and April 2012, Dana worked for ESPN, appearing on shows such as “Cold Pizza,” “First Take,” and “Sportscenter.”

Joining CBS in January 2013, Dana managed to land a contract that guaranteed her $50k annual salary. The earnings, in turn, solidifies her $600k net worth.

A graduate of Valley High School, Dana Jacobson earned her college education from the University of Michigan.

Gifted with five feet & eleven inches (180 cm) height, Dana hails from a family of four. She has a big brother named Mark, who served in the military.

A native of Bloomfield Hills, Dana turned 47 years of age on 5th November 2019.

Admittedly, Dana was molested by her babysitter.