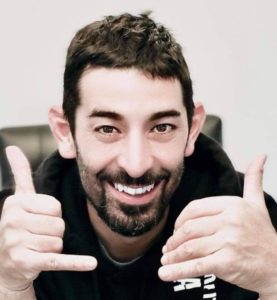 Discovery Channel‘s reality TV show Deadliest Catch follows the lives of Alaskan crab fisherman during the Alaskan king and snow crab fishing seasons in the Bering Sea. The captain of the fishing vessel Cornelia Marie, Josh Harris, is one of the cast members of Deadliest Catch.

As the seventeenth season of Deadliest Catch returned to TV on April 20, 2021, viewers wanted to know about Josh Harris. That is why we bring to you this Josh Harris wiki. Also, get insights into his age, wife, net worth, and girlfriend.

The Facebook page of fishing vessel Cornelia Marie wished the captain a very happy 37th birthday on March 18, 2020. Going by Josh’s birthday, his zodiac sign should be Pisces.

Josh Harris’s brother’s name is Jake Harris. Jake was a passionate fisherman like Josh until his addiction problems slowly started to eat him away. The 34-year-old was even sentenced to 18 months in prison on August 1 after he pled guilty to driving under the influence of heroin.

Mary Harris is Josh’s mother’s name. Josh’s dad and legendary captain Phil Harris met Mary when she was committed to someone in an unhappy marriage. Phil and Mary developed feelings for each other pretty quickly and Mary even left her husband for Phil.

When the couple was already married for 14 years in total, they decided to part ways. Two years after his divorce from Mary, Phil married Teresa Louise, the woman that Josh and Jake lovingly referred to as “Satan.”

However, before Phil passed away in 2010, Josh proposed to Mary again. Mary declined the proposal saying that he was better as a friend than a husband.

His Height: How Tall Is The Deadliest Catch Star?

The Deadliest Catch star Josh Harris measures tall at a height of 5 feet 10 inches and weighed no more than 75 kilograms. His distinctive physical features would be tattoos on his left arm.

Josh Harris’s net worth was reported to be around $800 thousand.

When Josh’s father and legendary Captain Phil Harris passed away, Josh continued fishing with his younger brother Jake Harris to make enough money to buy the Cornelia Marie one day.

While Jake was battling with his addiction problems, Josh stayed focused on his goal. Finally, in 2014, Josh bought Cornelia Marie with the help of co-captain/partner Casey McManus and ever since then Josh has been captaining the S/V Cornelia Marie.

Josh first appeared on Deadliest Catch in 2007. For a major period of time, he was a part of the crew Time Bandit. He worked in that crew until 2013 when he received his captain’s license.

Furthermore, Josh is a published author too. Together with his brother Jake Harris, he published a book named “Captain Phil Harris: The Legendary Crab Fisherman, Our Hero, Our Dad.”

Deadliest Catch star, Josh Harris was not married to anyone as of April 2021. That meant, he didn’t have a wife. With that being said, the reality TV star did have a partner in the past named Jenna Bulis.

According to her Instagram bio, Jenna is a human rights activist. Her bio also mentions her as a creator of Suburbia’s Dirty Little Secret and a graduate of Everett Community College. Furthermore, Jenna is a founder of Breaking Code Silence, a movement arranged by a network of survivors and advocates to raise awareness of the abuses in the Troubled Teen Industry.

However, as of this writing, it was unclear whether Josh and his girlfriend were still together. Since a lot of time had passed since the couple posted any pictures of them together, some rumors suggested the duo had already broken up.

Does He Have A Daughter?

Yes, Josh Harris does have a daughter and her name is Kinsley Ella Harris. Kinsley is the first and only child of Josh. However, for Jenna, Kinsley is her second child as she has another daughter named Kayla Granese from her previous relationship with Mark Gransee (Source: Liverampup) 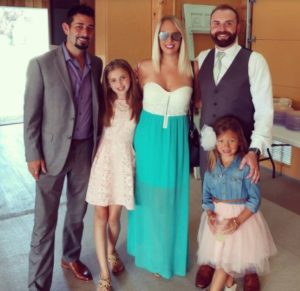 Josh with her partner Jenna, their daughter Kinsley, Jenna’s ex-partner Mark, and daughter of Jenna and Mark, Kayla.

Jenna even posted a picture that includes her partner Josh, daughter Kinsley, her ex-boyfriend Mark, and daughter Kayla on her Facebook wall.