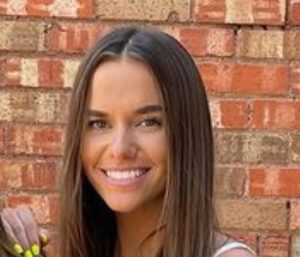 How close have you seen two sisters get? Maybe they would use the same toothbrush or perhaps the same makeup kit. But, in the new TLC show Extreme Sisters, five sister duos share bonds and co-dependencies that are much wilder and extreme than what you have seen.

For instance, the subject of this article, Baylee Ring sleeps together with her married elder sister Brooke even as an adult. Not only that, Baylee and Brooke often pop each other’s pimples and pick food out of each other’s teeth. Read about Brooke here.

Learn about everything you had in mind about Baylee. From her age to job and boyfriend information — this Baylee Ring wiki has it all.

Baylee received wishes from her sister Brooke and her boyfriend Briar on her birthday. Both of them uploaded pictures of Baylee on their own Instagram handle.

The birthday posts also had sweet captions. Brooke wrote, “Happy birthday to my twinsie. You are my best friend and I love you more than you know,” whereas Baylee’s boyfriend wrote, “Happy 22nd Birthday to my amazing Girlfriend @bayleering 😘 You always make me smile with how amazing you are.” 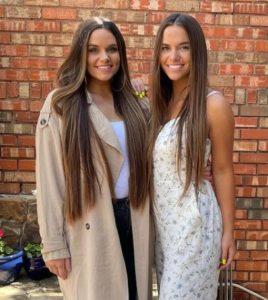 Born and bred in Midwest City, Oklahoma, Baylee Ring received great care from her parents in her childhood. Her parents are Mark William Ring (father) and Jill McBride (mother).

The Extreme Sisters star lost her dad Mark, aged 43, on June 12, 2018. Mark was in the US Army when he was alive. He served four tours in the Middle East as a US Army.

In her family, Baylee has three siblings. The eldest one is Brooke, who must not be a stranger to Extreme Sisters viewers. The other two siblings of Baylee are Blaire Ring (sister) and Carson Ring (brother).

To talk more about the relationship between Baylee and Brooke, the sister duo share the same first name — Candace.

Talking with The New York Post, Baylee shared the story of how both the sisters went to have the same first name. She told, “My mom had always wanted to name her first daughter Candace because that’s her name. She named Brooke, Candace Brooke”

Baylee shared that her dad even tattooed the name Candace on his chest after Brooke was born. But when Baylee was born, her mom disapproved of her husband’s wish to get Baylee’s first name tattooed on his heart. Since Mark did not want Baylee to feel left out, she was named Candace too — Candace Baylee.

The naming tradition further continued to the next generation in her family as Brooke named her daughter Candace.

Baylee Ring stands an inch taller than her sister Brooke. Since we know that Brooke’s height is 5 feet 5 inches, Baylee’s height should be 5 feet 6 inches. Furthermore, Baylee did not weigh more than 50 kilograms.

Baylee’s distinctive physical features would be her gray eyes and brown hair.

As of April 2021, Baylee was indeed available on Instagram and Facebook. Her social media reach was decent for an up-and-coming reality TV star.

Not much was known about what Baylee did before she was cast in the TLC show Extreme Sisters.

Baylee Ring is in a relationship with her boyfriend Briar Don Eaton since October 26, 2016. That being said, we do not know where Baylee first met each other or for how long they saw each other before getting committed to each other.

Baylee first featured her boyfriend Briar on her Instagram handle on January 2, 2017. Uploading a picture with him, she wrote, “So there’s this guy…,” in the caption.

Then, on April 24, 2017, Baylee uploaded pictures with her Briar from her prom night. In the caption, she wrote, “Guess who had the best prom date ever… BRIAR DID.”

Since then, Briar has been featured countless times in Baylee’s Instagram handle. 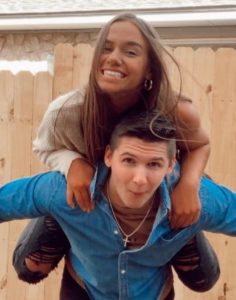 Baylee with her boyfriend Briar.

As Briar celebrates his birthday on February 16, Baylee wished him a very happy birthday in the year 2021.

For the birthday post, Baylee posted a series of pictures with Briar and wrote a sweet caption. The caption read: ‘Happy birthday to my favorite guy! I am so happy u were born! I hope next year is as great as this year! Can’t wait to see what 21 looks like for you!💋💍🤞🏽 I love you xo’