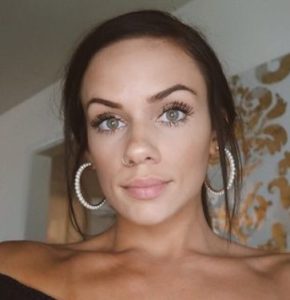 The newest TLC reality TV show Extreme Sisters features five sister duos who take their bonding and co-dependencies to the extreme level. From sharing the same boyfriend to eating the same food, the cast of Extreme Sisters makes you question if any sisters in the real world are as close as the ones featured in the new TLC show.

Among the five sister duos, Brooke Johnston and Baylee Ring are one. What’s so crazy about Brooke and Baylee is that they often sleep together in the bed even as a full-grown adult — much to Brooke’s husband Denver’s dismay.

This Brooke Johnson wiki will be all about her, however, if you are interested to know about her sister Baylee in detail, the link to the article is here. For this article, we are going to take a look at Brooke’s age, job, height, and husband.

According to New York Post, Brooke Johnston’s age was 24 as of April 2021. Going by her birthdate, her zodiac sign is found to be Aries.

Brooke Johnston celebrates her birthday every 5th of April. Her sister Baylee wished her a happy birthday on Instagram by uploading some pictures of them. In the caption, she wrote, “Happy birthday to my best friend @brookeringg You’re so lucky I was born!”

Also, Brooke was born and raised in her hometown in Midwest City, Oklahoma. Since her birth, the reality TV star has been living there.

Brooke Johnston was born to her parents, Mark William Ring (father) and Jill McBride (mother). Reportedly, Brooke’s parents divorced each other sometime in the 2010s.

The Extreme Sisters star lost her dad Mark at an age of 43 on June 12, 2018. Mark had a great military career in the US Army. In his military career, he served four tours in the Middle East.

Brooke has three siblings in her family, namely Baylee, Blaire, and Carson Ring. The viewers of Extreme Sisters have already got an idea of how close Brooke and Baylee are. The two share the same first name technically–that is Candace. 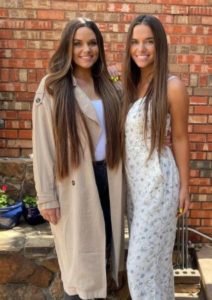 In an exclusive talk with The New York Post, Baylee shared the story of how they both have the same first name. She revealed that their mom always wanted to name her first daughter Candace. Brooke, being the first daughter to her parents, had her first name, Candace.

Baylee further told that their dad got Brooke’s first name tattooed on his heart, but when she was born, her mom did not allow Mark to get any more tattoos on his heart. Since Baylee’s dad did not want to make Baylee feel left out, she was named Candace too.

As for Brooke’s other two siblings, there was not much information about Blaire and Carson as of April 2021.

Brooke Johnston stands at an average height of 5 feet 5 inches and weighed no more than 50 kilograms.

A teacher by profession, Brooke Johnston is also a popular TikTok star and a YouTuber. Her TikTok account had more than 409.3 thousand followers and 8.7 million likes as of April 2021.

Furthermore, Brooke uploads family vlogs in her YouTube channel titled “Johnston Family Vlogs.” The YouTube channel had more than 9 thousand subscribers as of this writing.

Brooke Johnston’s husband is Denver Lee Johnston. Denver is a co-owner and operator of Back2Life LLC. The graduate of Dodge City Community College is also a City Letter Carrier for US Portal Service.

The pair first started dating sometime in the year 2015. On April 7, 2018, Denver proposed to Brooke, which she gleefully accepted. Brooke even made an Instagram post on April 7, 2018, to share the exciting news of her engagement to Denver.

The couple had their first baby, a daughter, a year before their engagement. Brooke and Denver’s daughter’s name is Candace too.

Talking to the New York Post, Brooke told, “When I was pregnant with Ace, I was trying to think of a meaningful name and I couldn’t imagine not having her after my mom, my sister, and me. So when Ace was born, I was like, ‘We have to name her Candace!’”

Finally, on January 29, 2021, Kross Johnston, Brooke, and her husband, Denver’s baby son came into their world. 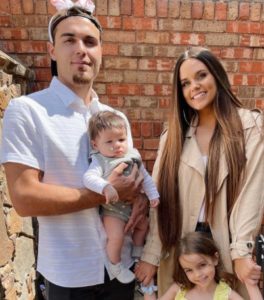 Brooke Johnston with her husband Denver Lee Johnston and their kids.

As of April 2021, the family of four was living happily in Oklahoma. The only thing that Denver did not like in his time with Brooke was Brooke’s sister Baylee. Denver did not like the way Baylee often sneaked into their bed at night, sliding in between them.