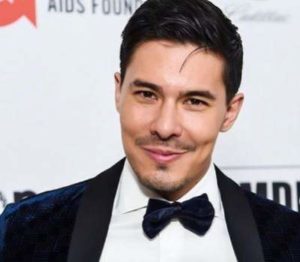 Chinese-British actor, model, and martial artist Lewis Tan is over the moon now that he belatedly landed a leading role in Mortal Kombat (a 2021 American martial arts/ fantasy film).

The video game franchise of the same name, serving as a reboot to the Mortal Kombat film, presents Lewis as Cole Young, a descendant of Hanzo Hasashi / Scorpion.

It’s been promised Lewis’s character i.e. the new addition to the franchise fits perfectly to the world of Mortal Kombat setting (popularly known as ‘arcana’). Before you find yourself watching the film, let us tell you Cole’s power includes body armor and a pair of “wicked” blades, one on each arm.

Lewis Tan is half-Chinese and half-British. He was born in Salford, England, and was raised mostly in Los Angeles. Growing up, he also lived in France, Thailand, Spain, and China.

His mom, Joanne Cassidy, is a retired British fashion model from the United Kingdom. Concerning ethnicity, she is either Irish or British. While his dad, Philip Tan, is a martial artist-actor, and stunt coordinator of Chinese origin from Singapore. 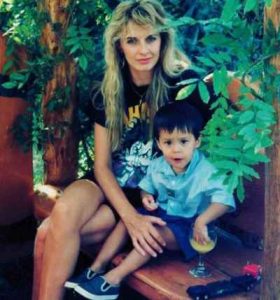 Lewis regularly writes about his mom on social media and portrays her as the greater sacrificer in the family.

Lewis is the eldest of four siblings and his younger brothers: Sam, Ben, and Evan.

Originally, the Tan family had moved to L.A. because Philip was making good on action cinema as a stuntman and fight choreographer working in the likes of Indian Jones and the Temple of Doom, Batman, and Tango and Cash.

Blessed with a fighting skills mentor in the form of a father, Lewis Tan is a gifted martial arts fighter even when the camera is not rolling. He has the physicality and a height of 6′ 1½” (1.87 meters), and of course the very best leading-man looks.

Lewis was only two when he did his first movie i.e. the 1990’s China Cry: A True Story. About the time he said—

“I was literally a baby playing a baby, my best acting. They paid me in toys.”

After that, decades of being in the industry and he had still not gotten his big hit, earning the likes of Prison Guard part in The Hangover Part III and a commando in Olympus Has Fallen.

When Lewis was offered to play Shatterstar in the 2018’s Deadpool 2, he thought this would be, his major break-out, until he found out that his character would die “horrific, hilarious and quick film deaths.”

He took this very badly to the extent that he retreated to meditate in the Japanese mountain town of Hakone.

Today, with Mortal Kombat, Lewis believes his stars have aligned for good. He considered this to be the best work of his career.

Moreover, he also starred in the Netflix martial arts film Wu Assassins: Fistful of Vengeance. At the time of this writing, he had already signed on to star as a Chinese-American CIA officer in Quantum Spy. Not to miss, he was hoping to be returning to Mortal Kombat in a sequel teased at the end of the film (released April 2021).

So, Lewis Tan notably became a bisexual X-Force member, Shatterstar in Deadpool 2. A leading reason why people started to query if he is gay in real life as well.

Other than that Lewis proudly speaks for gay rights, which may be the answer to why he has so many gay fans.

Lewis Tan has not even once been linked to anyone in the industry. Also, if his social media posts were telling the truth, he had no girlfriend or wife, at the time of the writing.

In a tweet, Lewis wrote he knew nothing about the dating app Bumble, which of course must have disappointed many of his followers.

In the meantime, even if there is no known trace of his dating life in the real world, people curious may always look him up as a lover boy on screen— as Gaius Chau who falls for Minerva (played by actress Emily Beecham) in AMC’s television series, Into the Badlands, or the playboy character he is shown on the Netflix crime drama series Wu Assassins.