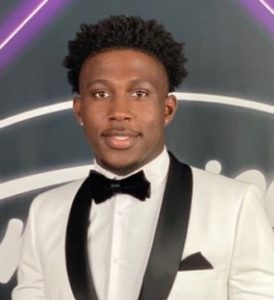 It might not have been possible for American Idol to offer physical auditions amid coronavirus pandemic, but the talents that came out through virtual auditions in American Idol Season 19 are simply incredible. Just look at DeShawn Goncalves, for instance.

One of the most talented singers in the current crop of contestants, DeShawn made it through the “Oscar Nominated Songs” round and has earned himself a spot in the Top 9. With that spot, DeShawn became one of the favorites to take home the American Idol title.

Let’s look at this DeShawn Goncalves wiki. Also, get insights into his parents, American Idol journey, girlfriend, and many more.

DeShawn’s birthday, however, was not known until the end of March 2021. In the absence of his birthday, his zodiac sign could not be figured out.

DeShawn Goncalves was born and bred in Cleveland, Ohio. It was in his hometown where he fell in love with the power of music and started honing his musical skills. His ethnicity is African-American.

To talk about his parents, DeShawn’s mother had him in her womb when she was only 13 years old. That was why DeShawn’s mom struggled to become a good mother to her son. Although DeShawn’s dad desperately wanted to be around him, some legal problems took him away from the family for a long period of time.

However, when his father got out of prison, the whole family seemed to redirect their lives in a positive direction. DeShawn even video chatted with his dad before his audition.

As of this writing, DeShawn Goncalves stands tall at a height of 5 feet 9 inches and weighed no more than 70 kilograms.

Before beginning his American Idol journey, DeShawn Goncalves used to sing at his local church. The American Idol contestant had also released his first single “Time Is A Teacher” in 2019.

Furthermore, DeShawn had also performed at The Apollo Theater before he came to audition on the stage of American Idol. Not only had he performed at the theatre, but he had even won first place in the Stars of Tomorrow competition.

That is why, when DeShawn came to audition for American Idol, he was already a true musician who only need some fine-tuning from mentors.

For the audition, DeShawn sang Nina Simone’s Everything Must Change. All three judges were impressed by his singing and as result, he received “yes” from all three judges.

For the showstopper round, he sang Judy Garland’s Over the Rainbow. That rendition of Over The Rainbow sent him straight to Top 24.

In “Top 24 Round,” DeShawn sang Bob Dylan’s Forever Young and One Republic’s I Lived in a duet with the partner Ryan Tedder.

Advancing to Top 16, he sang Nina Simone’s Feeling Good for the judges. The spectacular performance coming from DeShawn sent him to the Top 12. In the “Top 12 Live Reveal,” DeShawn sang “Higher Ground” by Stevie Wonder.

For the “Oscar-Nominated Songs Round,” DeShawn sang Barbra Streisand’s The Way We Were. The Ohio native received enough votes to be included in the Top 9 of American Idol Season 19.

Before DeShawn Goncalves went to audition for American Idol, he had received a full-ride scholarship to Jackson State University. Reportedly, DeShawn is majoring in music technology and performance. However, due to the whole coronavirus thing, DeShawn had not attended any physical college classes yet.

DeShawn Goncalves Girlfriend, Is He Gay?

As of April 2021, there was no information about DeShawn Goncalves’s girlfriend. But, that may change in the coming days, DeShawn will soon be the attention of various online media. 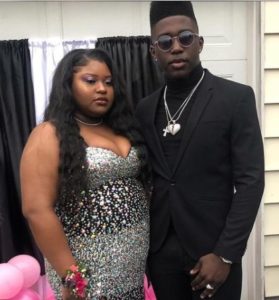 DeShawn with his prom date circa 2019.

That being said, DeShawn did take a girl named Alaura as his date to the high school prom in 2019, which clearly proves that the talented singer is not gay.