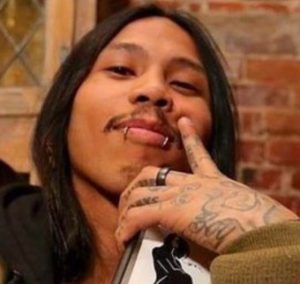 Only the viewers of TLC‘s hit reality TV show 90 Day Fiance know how hot of a topic the dating rumors between Amira Lollysa and her alleged new boyfriend Camel Ventura was circa Spring 2021.

Amira and her then-boyfriend Andrew Kenton had achieved notoriety for their relationship. That was why it was no surprise to 90 Day Fiance viewers when Amira revealed that she parted ways with Andrew.

That again brings us to one big question: who is Amira’s alleged boyfriend Camel Ventura? In the article below, we are just going to deal with that question. From Camel’s age to job and ethnicity — this article has it all.

While we do not know the exact year Camel Ventura was born, his age is at least 25 considering he was born before 1995.

Furthermore, Camel celebrates his birthday on the 23rd of December. His musical band, Drums Band, wished him a very happy birthday on December 23, 2019. Taking December 23 as Camel’s birthday, his zodiac sign is Capricorn.

Though Camel Ventura has been living in Los Angeles, California for a long time now, he was born in Cebu City, Philippines. Therefore, it is highly likely that Camel’s ethnicity is Filipino.

Coming to Camel Ventura’s physical features, he stood at an average height of 5 feet 6 inches. Furthermore, as of April 2021, Amira’s alleged boyfriend did not weigh more than 70 kilograms.

You can easily recognize Camel as he has had his lips pierced. Furthermore, he has a lot of tattoos on his chest and arms area.

Furthermore, you can find Camel on YouTube as well.

If an Instagram bio is anything to go by, Camel is one heck of a talented person. A graphic designer, a DJ, and a music artist, Camel has done it all.

Furthermore, Camel is a model and is signed to UpKik Agency. Upkik Agency welcomed Camel to their family by making a post through their official Instagram handle on March 5, 2021.

Though Camel and Amira both stayed tightlipped about their relationship as of April 2021, several pieces of evidence on the Internet point to one thing–and that is Camel and Amira were dating each other.

Camel’s Instagram highlights have several of Amira’s photos that Camel has already uploaded on his stories before.

Her comment read, “I believe in you too❤️ RIP to the greatest dad ever!🙏🙏 I wish I could thank him for making you the person you are. He continues to shine every day through you.”

One story from Camel’s IG posted on Valentine’s Day 2021 shows Camel and Amira video-chatting each other. Another story shows a screen-recording of Camel’s IG inbox, where a voice that is almost identical to that of Amira can be heard saying, “Yes, you always make me smile, you make me so happy. I’m happy to have you in my life.”

All this made it very hard not to believe that Camel and Amira were dating each other. 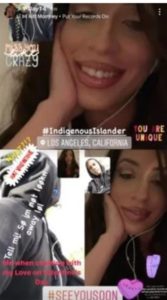 One of various Camel’s IG stories.

Moreover, a 90 Day Fiance fan page named 90shotzfired even shared one of Camel’s stories where he could be heard saying “our story broadcasting in due time… stay tuned.”

That clip has left all 90 Day Fiance viewers to wonder if Amira would make an appearance on the show with Camel after the break-up with Andrew. Well, only time will tell that.