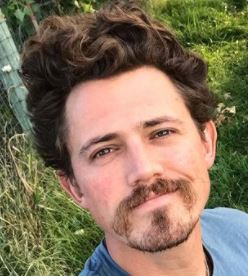 Joe Anglim is a reality TV star who participated in three different seasons of the CBS reality competition series Survivor. Although Joe could not win the competition, he won something much more important during the process.

Read the article below to know more about what he won.

Also, with his birthday on the 30th of September, his zodiac sign was Libra.

There were conflicting reports about his hometown in his CBS profile. At one place, Joe’s hometown was mentioned as Chandler, Arizona, and at another place, it was Scottsdale, Arizona. Further research proved that the latter was true.

Joe grew up being heavily influenced by his parents. His mother, Micki Anglim, was one of Joe’s best friends. And Joe considered her one of the most supportive, caring, and loving people in his life.

Joe’s father (name unknown) was one of the most inspirational people for him. According to Joe, his father pushed him to be the best at everything he did. Joe’s competitive streak also came from his father.

Apart from his father, Joe had two siblings and a great-grandma (still alive in 2020) in his family. His two siblings were both sisters, Marcella Marie and Michelle Marie Russel.

Joe Anglim is a very tall guy, standing over 6 ft 3 inches in height. A thin guy, he has a very fit and ripped body. Also, during the COVID lockdown, he had gained a little weight. Before his weight was 74 kgs and after weight gain, it was over 83 kgs.

Talking about his distinct features, Joe had frizzy brown hair, quite a funky mustache, and a long goatee. His was also thin-jawed and narrow-faced.

Until June 2021, Joe was massive on social media. He was huge across all social media platforms but he was especially huge on Instagram. And he was frequent too, with over 1700 posts. He had 137k followers.

Similarly, on Twitter, he had 44.1k followers, which although nowhere near as huge as his Instagram, was still a huge presence. On his Facebook page, he had over 17.5k likes and a few hundred more follows.

As of 2020, Joe Anglim had participated in three Survivor seasons. His first appearance on Survivor was on the 30th season (2014) of the show called Worlds Apart. He started strong on that season but was eventually voted out on Day 24.

Next on his Survivor Journey was the 31st season (2015) called Cambodia–Second Chance. That season Joe lasted longer, all the way to the 32nd day, missing the finale by just two episodes.

The next venture on Joe’s Survivor Journey turned out to be rather unsuccessful. Because he was a returning player, he was targeted as a threat from the beginning and he had to survive only with his good performances during challenges.

Joe Anglim’s net worth was estimated to be over $400 thousand.

Apart from being a Survivor participant, Joe Anglim is a Multimedia artist as well. After getting his education from Northern Arizona University from 2007 to 2012, Joe was self-employed and working as an art producer.

According to his art website, his artworks’ price could range from $130 to $240, depending upon the work’s complexity and beauty. The average salary of a multimedia artist in Utah (where he currently lived) was $53k.

During his college days, he played basketball and even won the state championship for the Northern Arizona University. He was also an avid volleyball player.

Survivor had not only given Joe fame and money, but also the love of his life. Joe met his wife Sierra Down in 2014 during the World Apart season of Survivor. The couple started dating after the show was over.

The dating phase went on for almost five years. Eventually, Joe and Sierra Dawn were engaged on 9 April 2019. Then the wedding happened a few months later on 22 November of the same year.

It was a beautiful wedding, where the bride wore a long white gown and the groom was groomed in a grey tuxedo.

It was not even a week since the couple celebrated their first wedding anniversary that they had another good news knocking up on their doorstep. On 27 November 2020, the couple announced that they were pregnant with their first baby.

Sierra gave birth to their first bundle of joy in late May 2021. They named their baby daughter Della Dawn Anglim. An elated Joe took to IG and shared a photo of his newborn. 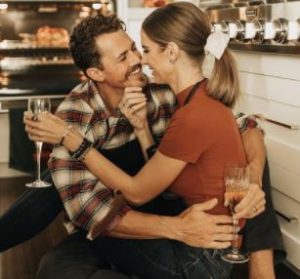 Joe Anglim and his wife Sierra Dawn celebrating that they were pregnant with their first baby (PC: Joe’s IG)

Currently, Joe, Sierra Dawn, and their little one are living in Salt Lake City, Utah.