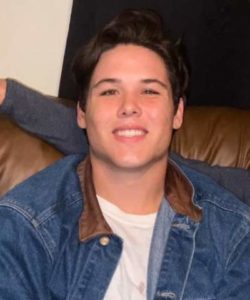 Never did the fans of actress Bella Robertson anticipated that she would be engaged, this soon in life. The Duck Dynasty alum got engaged to her boyfriend Jacob Mayo and took the happy news on Instagram on 27th November in 2020. 6 months later, they tied the knot.

And soon after, people could not stop themselves from wanting to know more about the young man who stole Bella for good. Keep reading this Jacob Mayo wiki!

Jacob Mayo’s parents are divorced and they no longer stay together. But it seems both of his parents raised Jacob and his siblings well, never letting whatever the differences they may have come in between.

Jacob has a big sister with the name Kaylea Mayo and a brother Trace Mayo, probably of a similar age as him. The former reportedly moved to Australia. Also, according to her FB, Jacob is siblings with a sister named Kristin Elrod.

The family members appeared on Jacob’s social media pages, now and then.

Jacob’s father James Preston Mayo lived in Monroe, Louisiana. Following the divorce, he married a woman named Deon. As noted on his FB, he was self-employed in 2020.

Meanwhile, Jacob’s mother Deon Farrar, a teacher by trade, married a man named Dale Soignier. A University of Louisiana graduate, Deon was with Ouachita Parish School System as of 2020.

Jacob Mayo stands to a height of 6 feet. Lately, his weight was listed as 194 lbs.

He is a baseball player who played for the Louisiana Knights Black several times in the past and continued doing so, now with the college baseball team Lousiana-Monroe.

Chubby during the younger days, Jacob sure has been in the best athletic shape lately.

The PERFECT GAME, a website reporting on his sports career, described his physique as– “medium build and frame, athleticism, and room to continue to fill out physically and add strength.”

His eyes color: they match perfectly with that of his wife Bella’s. While his hair is of light brown shade.

Also, he wears specs, seemingly prescribed by his opthalmologist.

Back in 2019, Jacob tweeted that he had committed to playing baseball at the University of Louisiana at Monroe.

A college student-athlete, Jacob Mayo opted to remain mum on the subject of his net worth and job. However, some online publications noted his fortune was over $200K.

On 5th June 2021, Jacob Mayo tied the knot with Bella Robertson. The wedding arrived weeks after they obtained their marriage license.

“@jacobdmayo let’s get married!! I love you forever”, Bella wrote on her Instagram as she announced to the world that she is engaged. 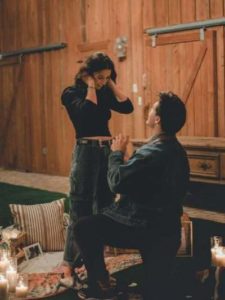 While Jacob on his social media came up with the photos of the proposal, which showed him surprising a blindfolded Bella in a barn before he got down on one knee. Then he composed a beautiful message, both for Bella and us to read:

“Bella is many things to me. She is my best friend. She is the person I can lean on in any problem with no judgment. But with the honest truth when I’m acting out. She loves Jesus. Holds me to a higher standard that she doesn’t let waver. She unconditionally loves me whether I’m doing what she likes or the opposite side of the spectrum. She’s the one for me forever. She’s my everything. I thank God for her”

The exchange was witnessed by the bride-to-be’s family including her mother and father, Korie and Willie, and the big sister Sadie. Soon, it seemed the attendees had a bash, in what everyone later referred to as the engagement party.

The couple got engaged some days after they celebrated their six-month dating anniversary.

Bella and her family, as we know, starred on the popular A&E series Duck Dynasty for eleven seasons from 2012 until 2017.

The series, which earned $80 million in advertising sales for the first nine months of 2013, and generated another $400 million in revenue, portrayed the lives of the Robertson family, who became successful from their family-operated business, Duck Commander.