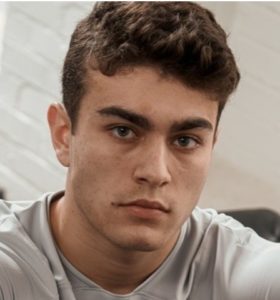 But, when the pictures of LA-based social media influencer, Hunter Ecimovic, aka Hunter Echo, and British actress Millie Bobby Brown enjoying and kissing each other was shared on the Internet, the “Stranger Things” actress’s fans were clearly not happy and decided to show up on recent Hunter’s Instagram live bombarding comment section with severe accusations.

Hunter and his friends’ reactions to Millie’s fan outrages have sparked controversies on the Internet. In the article below, find out Millie Bobby Brown is Hunter Echo’s girlfriend. Get insights into his age, job, and dating history as well over this Hunter Echo wiki!

Hunter Echo sparked controversy after claiming to have dated Millie Bobby Brown. His claims immediately sent Millie’s fans into a frenzy of rage because Millie was still a minor at the time of dating.

Thousands of fans joined Hunter’s Instagram Live on Monday, July 12, 2021, only to listen to him and his friends reveal startling details about Hunter’s alleged sex life with Stranger Things star. 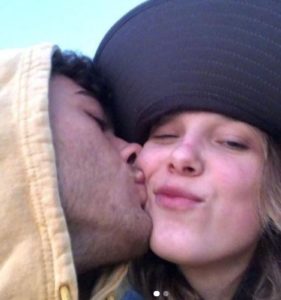 In his Instagram live, Hunter claimed that he and Millie lived together at Millie’s house for eight months. He further made claims that Millie’s parents knew about their relationship.

During the IG live, one of Hunter’s female friends also claimed that Hinter and Millie used to indulge in butt play to which Hunter replied: “She put a coffee thing up my butt”.

Hunter’s Instagram live obviously made Millie’s fans boil with anger as they formed an Instagram page @exposinghunterecho anger to get him arrested for grooming and harassing a 17-year-old child.

One of Millie’s fans commented, “This needs to be handled in Court because cyberbullying is not a joke, ” while another fan expressed his anger writing, “He’s literally explaining the details of a minor’s sex life on the internet…”

While we still don’t know how long it may take for Hunter to face punishment for what he did, let’s take some time to know about Millie’s boyfriend, Jake Bongiovi.

While neither Millie nor Jake had confirmed their relationship, their countless outings together confirm that they were indeed dating.

The cute duo was actually introduced by a mutual friend. On June 18, 2021, Millie and 19-years-old were photographed holding hands as they were strolling in NYC with their friends.

Coming to Hunter Echo’s dating history, the social media influencer has had several girlfriends in the past. As of July 2021, we did not have much information on his ex-girlfriends.

However, we know that one of Hunter’s alleged girlfriend’s names is Tessa Vezza. Because his account is deactivated, we are not able to share any pictures of his exes.

Hunter Echo was born in 2000. Thus, he was 21 years of age in 2021. The social media influencer celebrates his birthday on the 29th of January every year. His zodiac sign is Aquarius.

As you may have already known by now, Hunter Echo’s real name is Hunter Ecimovic. Born in Pittsburgh, Pennsylvania, Hunter is White by ethnicity and an American by nationality.

Hunter Echo was born to his parents, Stephen Ecimovic (father) and Kathy Ecimovic (mother). Hunter’s dad was 63 years old and his mom was 60 years old as of July 2021.

Other than his parents, Hunter Echo has two siblings, a brother, and a sister. His brother’s name is Lucas Ecimovic and he is 30 years old. Hunter’s sister, Carly Ecimovic, went to Ambridge Area High School for education.

As of July 2021, Hunter Echo stood tall at a height of 6 feet 3 inches and weighed no more than 220 pounds. His distinctive physical features would be his dark brown hair and green eyes.

As a social media influencer, Hunter has a huge reach on TikTok. As of July 2021, his account had a total of 39 million likes and 1.6 million followers. He posts lip-sync comedy videos to his TikTok account.

Hunter is a model as well. Represented by Doherty Agency and Pro-Model & Talent Management, Hunter was a part of one of the American Eagle‘s campaigns in 2020. He modeled for the brand’s line of underwear.