Josh Thomas Wiki: Battle On The Beach, Net Worth, NFL 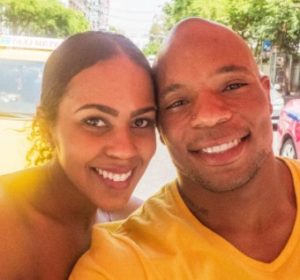 In its lineup of competition reality TV shows, HGTV has added another show. Named as Battle On The Beach, the new reality TV show promises to be the perfect source of entertainment this summer as three couples head to the scenic Alabama Gulf Shore where they compete for a prize of $50,000.

Josh Thomas and his wife Shonnie Thomas make up one of the three couples in the show Battle On The Beach. In this Josh Thomas wiki, we will talk about the former NFL star and a real estate specialist. From his relationship history to his age and net worth–this wiki article has it all.

Josh Thomas On Battle On The Beach

The HGTV show, Battle On The Beach, premiered on Sunday, July 11, 2021, at 9 pm EST. The three couples, with some help from personalities like Ty Pennington, Alison Victoria, and Taniya Nayak, tried to wow the judges by demonstrating their skills in beachfront properties renovation. The winner takes home the title of a winner and a cash prize of $50 thousand as well.

Along with the Thomas duo, the other two couples that took part in the HGTV show are Kerry & David Kersh and Darryl & Sunjay Williams.

As of early July 2021, we had no information on how well do Josh and Shonnie perform in Battle On The Beach.

Josh Thomas was born in 1989, which made him 32 years of age in 2021. He celebrates his birthday on the 3rd of May every year. Josh’s zodiac sign is Taurus.

Except for his parents, Josh had at least two siblings in his family. Their names are Joya Justice Thomas, a graduate of Garland High School, and Jodie Thomas.

A man with a chiseled body, Josh Thomas stands tall at a height of 5 feet 11 inches (1.8 meters). Furthermore, he weighs no more than 85 kilograms.

Coming to the numbers, Josh had 7 thousand followers on @Josh_Thomas22 Twitter account and 162 followers on @joshandshonniexo IG handle.

Josh Thomas went to Cedar Hill High School for education before accepting a scholarship from the University of Buffalo. He played college football for the Buffalo Bulls football team. From 2007 to 2010, Josh appeared in 47 games and started 34 of them. His stats at Buffalo Bulls were: 205 tackles, 2 sacks, 5 forced fumbles, 2 interceptions, and 27 defenses.

His professional career started in 2011 when he was selected by the Dallas Cowboys in the fifth round of the 2011 NFL draft. On September 3, Josh was waived.

He was released by Carolina Panthers on August 30, 2014. On September 8, 2014, Josh signed with the Seattle Seahawks. After playing only three games with the team, he was released on October 8, 2014.

Josh signed with the New York Jets on October 13, 2014. He was released on December 16 the same year.

On December 17, 2014, Detroit Lions claimed him off the waivers. The following year, Josh played for Minnesota Vikings and Indianapolis Colts.

His stint at Dallas Cowboys began on December 30, 2015, after the injuries to the cornerback Morris Claiborne and safety Barry Church could not let them play the last game against the Washington Redskins.

Josh was placed on the injured reserve list on August 29, 2016, by Dallas Cowboys. He was moved to the Non-Football injury list on November 22, 2016. Dallas Cowboys did not sign Josh in 2017. That marked the end of Josh’s short-lived footballing career.

As we already know, Josh’s wife is Shonnie. Her Facebook profile shows that she works as a realtor at United Real Estate – Dallas. She studied political sciences at the University of Buffalo.

Reportedly, Josh and Shonnie Thomas are college sweethearts. They began dating in college while they both were studying at the University of Buffalo. However, the duo parted ways when Josh went to forge his career in NFL and Shonnie went to make a career in legal studies.

But, they reunited some years later and got married on April 6, 2012. Josh was a cornerback for Carolina Panthers and Shonnie was working on real estate during the time they tied nuptial knots. However, a left thumb injury, which he suffered in the preseason game against the Seattle Seahawks ended Josh’s footballing career in 2017.

As a couple, Shonnie and Josh came to terms with the short-lived career of Josh in football and jointly decided to make a career in real estate.

The powerful duo moved to Dallas to have a fresh start. Fast forward four years, the Thomas duo is now known as the power couple in Dallas real estate scene.

Josh and Shonnie also have two kids, a son, and a daughter. Their names are Dallas and Dot. Details about them have not yet surfaced on the Internet.

0 Replies to “Josh Thomas Wiki: Battle On The Beach, Net Worth, NFL”