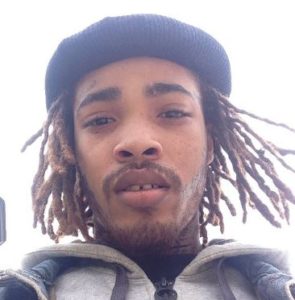 KTS Dre, Chicago based-rapper was shot and killed. He was facing time and was out on a bail because of his girlfriend. As police reported, he was shot at least 64 times. Learn more about the rapper details on his death and his family members through this KTS Drewiki.

On 10 July 2021, Chicago rapper KTS Dre was shot at least 64 times as he left jail at approximately 8:50 pm, local time. The shooting was well-planned and it was a targeted attack. As reported by The Chicago Sun-Times, KTS was standing outside of the jail with a 60-year-old woman in the 2700 block of South California Avenue. A car pulled up around 8:50 p.m. and two gunmen opened fire on them.

Immediately after, he was rushed to Mount Sinai Hospital where he was pronounced dead. The police couldn’t catch any of the suspects as they fled the crime scene immediately.

The Chicago drill rapper was held at Cook County Jail on charges of violating a previous bond in a 2020 gun case. As records unfolded, he was in custody since June of 2021. He was bailed out by his fiance who had paid $5,000.

The 60-year-old woman was shot in the knee. She was taken to Stroger Hospital where reports revealed she had a stable health condition.

The internet world is concerned about why he wasn’t released until the day after posting bail. They also questioned how the assailants knew about him exiting the complex. The Chicago Police Department avoided releasing an official statement.

Talking about gang affiliation, police authority identified KTS Dre as a member of the Lakeside faction of the Gangster Disciple. As reported, Gangster Disciple is one of the most notorious gangs in the United States. The gang’s existence dated a while back and is best known for its lawlessness.

KTS Dre was born in 1990. He was 31 years old at the time of his death. But, his precise date of birth remains anonymous, so his zodiac and birthday remain unexplored.

Vincent Davis Sr. and his wife Lonya Sylvester were Londre Sylvester AKA KTS Dre AKA Kutthroat Dreko’s parents. He was born in his hometown of Chicago. Other than the name of his parents, no further pieces of information were revealed on his folks.

KTS grew up with six siblings: Rashawn, Shanique, Nikki, Jhanae, Earl, and Vincent Jr. The family was an extended one so they had nieces and nephews in their family.

But before, KTS Dre, he had already lost his brother Devon Davis and also his father Vincent Sr.

More about his brother and his father, Devon who was three years younger, was a rapper and went by the stage name KTS Von. The title KTS was the short form for ‘Kill to Survive.’

Like KTS Dre, Devon also died in a fatal shooting in a drive-by on 23 June 2015. He was survived by his fiancee and his daughter.

A year later, the family was struck with another misfortune when Dre’s father, Vincent Davis Sr., was killed in a fatal shooting. He passed away on 25 July 2016 when a 19-year old open fired on him and a woman on South Michigan Avenue. While Vincent passed away, Vincent died on the scene.

On Instagram, KTS Dre went by the name @bigkutthroat_dasmoker. He earned 17.2k followers in total on the platform. He posted over 794 times in total.

The total net worth of KTS Dre is yet to be known, but it should be under $200 thousand.

KTS Dre was only known for two songs. He had released a song titled Kill To Survive. He also released another song named NLMBK Pt. 2 which was basically a diss track against Chicago Street Gang NLMB.

During his rap career, KTS was closely associated with G Herbo and Lil Bibby.

As of now, there are no details on KTS Dre’s girlfriend. But, it was widely reported that he had a fiance. The details on the total time they were in a relationship and the year that he and his girlfriend got engaged to remain obscure.

Did KTS Dre Have Kids?

No, he doesn’t have any kids, not that we know of. Articles were written and shared that he had nieces and nephews, but never mentioned his own kids.

More From Us: Toby Kirkup Wiki: Wife, Family, Cause Of Death, Height