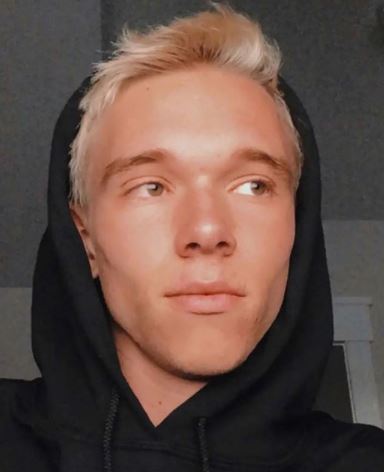 While Duke may have won the internet as a perfect impressionist to the Johnny Depp version of Willy Wonka, his private life remained a mystery to many.

But worry not, as we take you through this wiki-style format on Duke Depp. Also, stay till the end to find details on his family and height.

Duke Depp was born on December 12, 2000. That made him 19 years of age as he rose to fame in 2020. In case you might want to know, his character Willy Wonka from “Charlie and the Chocolate Factory” is 33 years old.

Corresponding to his birthday, Duke is of the Sagittarius zodiac.

Just in case you are wondering if Duke Depp is related to Johnny Depp. No, he is not. Duke’s real name is either — Duke Moose or Duke Charlesworth.

Born in Utah, Duke Depp grew up alongside his siblings. He has a sister Kaestle and a brother Chase Charlesworth. Kaestle was born 5 years earlier than Duke

Sister, Kaestle (pronounced Kästle) who was married to Zac Muir. She was a blogger who wrote about stuff like home projects, finance in your twenties, and checking adventures off our bucket list.

Also, on Jul 5, 2020, Duke confessed over Twitter that he had an 11-year-old stepsister. As we searched for her, we have come across a name, Brena, who could be his stepsister.

As for his parents, Duke’s father Brian Charlesworth, and mother Spring Bengtzen were both into the real estate business. Furthermore, his mother Spring was the CEO of The Utah Life Real Estate Group.

Duke seemed close to his family. The family, including step-sister, grandparents, and brother in law often got together to celebrate.

Finally, in June 2020, Duke decided to do a face reveal over Youtube. The revelation had fans awed as he appeared on screen without makeup, flaunting his charming face and a soothing voice.

Many even commented on his chiseled features. One wrote, “I swear y’all have the strongest jawline in the game”.

Before his fame as TikTok star, Duke was a Utah based professional photographer who taught and conducted various workshops. He mostly took wedding photographs and seemed to be good at it.

Reportedly, his photography skills allowed him to graduate two years early and travel to various places like New York, Hawaii, and Greece to take pictures.

While Duke wasn’t affiliated, authorized, or endorsed by Willy Wonka, he certainly endorsed for many. Reportedly, in August 2020, he also urged fans to support BTS’ Dynamite.

Also, find his merch at bonfire.com. He often sold hoodies, sweatshirts, and tees. (ranging from $25 to $42).

Greetings, fellow “Oompa Loompas”! If you are here wondering about Duke Depp’s dating life then you have come to the right place.

First of all, let’s talk about how cute Duke and Cassidy Condie looked as they appeared dancing together on TikTok. While many thought that Cassidy might be his girlfriend, unfortunately, she was not.

As fans started shipping them, Duke took it to Twitter to share that they weren’t dating. Also, many confused her to be his stepsister, to which he replied,” You guys really thought she was my step-sister?”

A fan commented, “Thank god”. Seems like, they haven’t given up hope.

As for his partner preferences, Duke hadn’t spoken about his sexuality. So, rumors about Duke Depp being gay went unanswered.

However, one thing for sure is this love for dogs. He has always been the “Chihuahua KING”. Since childhood, he has always owned a dog (especially Chihuahua).

After a fan asked him to help learn Spanish, Duke shared a clip of him uttering a few Spanish words. He then followed it up by dipping a chip in the salsa.

The video prompted outrage, many calling Duke to be canceled.

In his apology statement, Duke stated— “Hey guys, I just want to come on here and apologize for a TikTok video that I made a few days ago that was ‘Willy Wonka’ speaking Spanish. The video was totally uncalled for, and I’m so sorry to anyone I offended or anyone I stereotyped inside the video. That was not the intention of the video at all, and I truly am so sorry.”