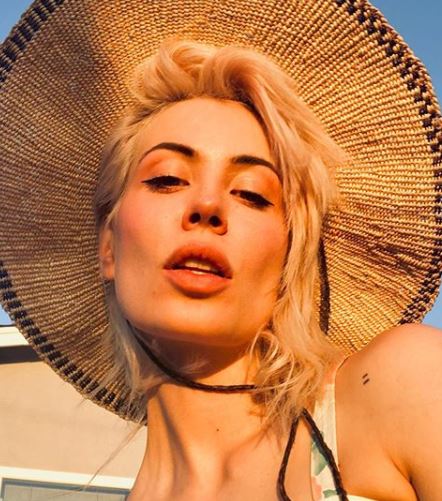 Melissa Lingafelt aka Jimi Ono is an aspiring singer/songwriter, and former Miss North Carolina’s Teen USA 2005. Also, she was the first runner up in the national pageant in 2006 and was named “Miss Photogenic”.

In August 2020, Melissa was in the news as she accused her former boyfriend Drake Bell of physical and verbal abuse. She shared the allegations through TikTok where she wrote,

“This is my truth. I hope this message reaches young girls, and that no one has to go through what I did. #2020survivor.”

Get to know more about the insides of Melissa Lingafelt as this wiki-format article proceeds.

Melissa Lingafelt, with the full name Melissa Gayle Lingafelt, was born on December 20, 1989. That made her 30 years of age as she sparked the controversy with Drake Bell.

Corresponding to her birthday, Melissa is of Sagittarius zodiac.

As for her hobbies, she liked reading and computer graphic design.

Talking about her family, Melissa Lingafelt didn’t seem to be on good terms with her parents as of May 2019. She even took it to twitter to share, “My mom is my biggest hater, no cap.”

As for her siblings, reportedly they are —  Kyle Lingafelt and Mackenzie Lingafelt.

Also, previously she went by the name Melissa Baldwin when she was dating Drake Bell. “Baldwin” is her mother’s maiden name and confessedly, she was having problems with family at home at the time.

Moreover, her nickname “Jimi Ono”, comes from her grandfather’s name,  Jimi. She didn’t like being called by her legal name, so after breaking up with Drake, she wanted separation from that time in her life.

Apart from this, Melissa grew up in a log cabin that her dad built for their family in North Carolina. She recalled that it was on a river, and she could hear NASCAR races going off every night.

Furthermore, before she appeared on the pageant, Melissa raised money for the disabled children charity called Angel View. She auctioned off a NASCAR helmet signed by multiple drivers on eBay. If you are wondering how she got those helmets, it was her father’s contacts that got her access to a staging area at a NASCAR event.

Melissa Lingafelt is an attractive lady who flaunts her 33-23-33 inches measurements. Also, she stands tall at a height of 5 feet 9 inches (175 cm) and weighs under 57 kg.

Melissa Lingafelt’s net worth was reported to be under $400 Thousand.

As for her music, Melissa was into EDM. In 2018, her song alongside RYNX, “I’m Alright” gained recognition as an “unstoppable EDM force.” In July 2020, Melissa updated her sound cloud page with a new song “Pesos”.

Furthermore, in 2002, she was chosen to sing the national anthem for President George W. Bush at a rally for Elizabeth Dole in 2007 in Charlotte, North Carolina.

Besides singing, Melissa also worked as an actress in moves like Drake Bell: I Know (2006) and College (2008).

Also, she signed as a Ford Model with Robert Black Agency/AZ.

In light of her education, Melissa was homeschooled and got a full scholarship to High Point University where she planned to major in international business.

Starting from the top of her relationship timeline, as of August 2020, Melissa Lingafelt was dating singer/producer @BetterOffDead. He often appeared over her tweet with sweet captions.

Here’s a picture of Melisssa and her boyfriend captioned “Mom & Dad”. 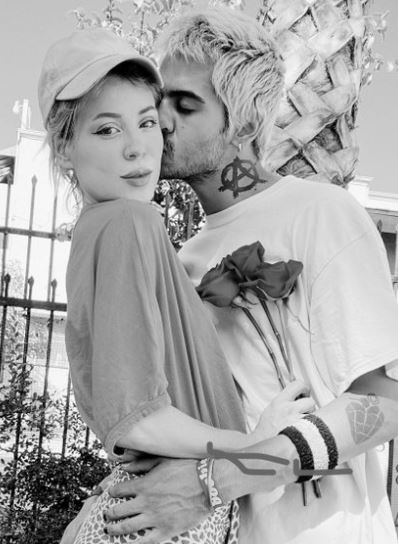 Now, here comes the infamous ex-boyfriend Drake Bell whom she started dating when she was 16. Allegedly, a year into dating, Drake started with the “worst type of verbal abuse” which slowly turned physical: hitting, throwing, everything. She shared,

“At the pinnacle of it, he [dragged] me down the stairs of our house in Los Feliz. My face hit every step on the way down.”

Furthermore, she even claimed that everyone that knew her and had been a friend of her for the past 15 years, knows all too well of the abuse that Drake Bell put her through.

However, Drake Bell denied the allegations in 2020. He shared that they did call each other terrible names, but didn’t physically abuse her. He added,

“Melissa still felt close enough to me just last year that she was comfortable reaching out to ask me to provide her with financial support during a tough time (which I did). I do not know if today’s behavior is some kind of misguided quest for more money or attention.”

Regarding the controversy, Melissa’s boyfriend @betteroffdead took it to twitter to show his support. He shared that he loved his girlfriend and knew she would never like about something like that for attention.

As of August 2020, Melissa wasn’t married and didn’t have a husband.