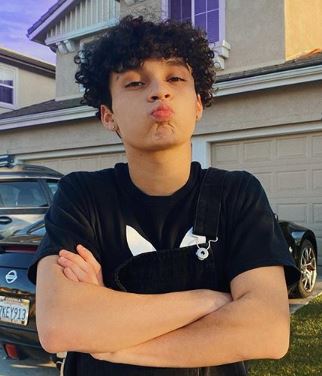 Diego Martir is a TikTok star who climbed to the limelight in 2017. His hilarious TikTok clips, dancing, and lip-syncing videos gained him fans and following at an exponential rate. Furthermore, he hurled the fans via social media — Instagram and YouTube too.

In 2020, Diego was featured in the “TikTok hospital show” alongside TikTok influencers, including Dixie D’Amelio, Gabby Morrison, Griffin Johnson, and Madi Monroe. Also, Diego mostly seemed to collaborate with Noah Beck and Quinton Griggs over his TikTok.

Divulge into the world of Diego Martir as you tag along with this short bio. Moreover, get to know about Diego’s girlfriend and what happened between them at the end of the article.

Apart from this, Diego attended his first Los Angeles show and meet and greet for Dangerously Emotional Los Angeles in November 2019. Also, he was part of the American social media tour Boys of Summer 2020.

In 2020, Diego Martir was represented by Bobby Kalton.

More info on his bio — Diego has an acerbic sense of humor and plenty of dry wits to fool you. He loves dogs and his favorite movies include Finding Nemo and The Purge. His favorite show was The Walking Dead.

Diego Martir was born in El Salvador but grew up in the US alongside his siblings. A family of eight including parents, Diego has one brother and four sisters (including Jenny Martir and Ainara Martir). Ainara was also an Instagram celebrity with plenty of followers.

Growing up, Diego aspired to become a professional soccer player. But on the way, his career as a media sensation took off and the dream was left unfulfilled.

Taking about his distinct features, people immediately noticed his voluminous curly hair. Also, Diego has a beautiful dimpled smile and a well-toned physique. It was reported he had his ears pierced too.

As of 2020, Diego had quite a following in social media. He had 1.5M followers over his Instagram @diegomartir and 64.7K followers on Twitter @TheDiegoMartir. Also, he had followed no one over his Twitter account.

Furthermore, for a guy who only had 4 videos, he had 171K subscribers over his Youtube channel @Diego Martir. And he proudly flaunts his 3.4M follower account @diegomartir over TikTok.

Reportedly, Diego has endorsed/promoted brands like Yours Truly Clothing and Nikaeen Orthodontics.

As for his merch, Diego sold hoodies and T-shirts mostly labeled “Diego” or printed small-sad-red Teddy Bear. Most T-shirts started at $30.

Diego has appeared in the music video “Mi Amor” by Danielle Cohn. Also, he confessed that he has a crush on singer and songwriter, Camila Cabello.

Coming to his dating life, Diego was previously in a relationship with YouTube star, Desiree Montoya. They had a collaborative Youtube channel Diego & Desi created on June 22, 2018. Unfortunately, they argued a lot and Diego decided that he needed a break from her and broke up in Dec 2018. 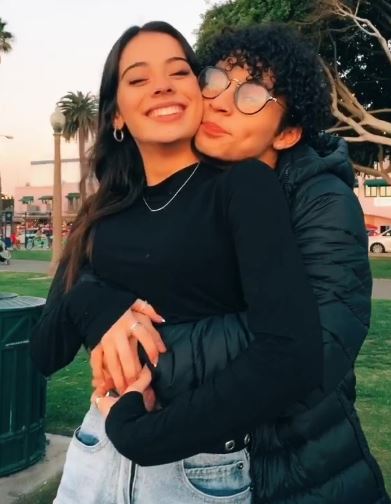 In 2019, Diego met a fellow TikTok star, Lauren Kettering from Anaheim, California. Sharing a common platform, the duo soon began hit it off, and shortly after Lauren was Diego’s girlfriend.

In early 2020, Diego broke up with his girlfriend, Lauren for a short time. Later on April 1st, 2020, the lovebirds decided to make an appearance on a Youtube video titled “we broke up…”, coming clean about what had happened.

The video started with an April 1st prank about how they were back together. However, later in the video, Diego and Lauren apologized to fans about not keeping their matters private and letting things go out of control.

As of 2020, Diego had publicly dated two girlfriends. It may be safe to say that Diego isn’t gay.

You may like – Who Is The Third Lopez Brother? Tony & Ondreaz’s Sibling