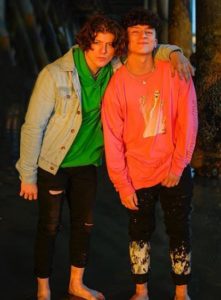 As of lately, TikTok is taking over the world by storm. With millions of users active daily on the app, its popularity has grown exponentially.

Kids are more into TikTok, watching videos, creating content, and sharing with others rather than sitting in front of the TV like their parents used to. Some even called it the Television of their generation.

Out of many who made it big in the app, a duo named “Lopez Brothers” won millions over with their lip-syncs, dance challenges, and funny videos. Tony Lopez and Ondreaz Lopez earned the recognition with a visible stat that speaks for the two.

With the burgeoning fame, fans wondered about the TikTok star’s parents and their whereabouts. So, we’ve created an article about the parents of Tony Lopez and Ondreaz Lopez so delve into it.

Parents of Lopez Brothers are Anonymous

The undeniable fact regarding the social media success of Tony and Ondreaz Lopez is their good looks. Thousands of followers could be seen thirsting over them in their social media accounts.

And all the credit has to go to their parents. 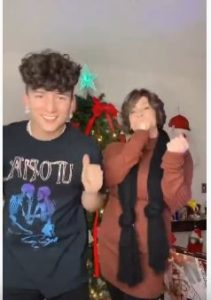 Tony Lopez With his mother in TikTok (Pic: YouTube)

The romantic relationship which parents had eventually led to the birth of the two TikTok celebrities. Even after gathering quite a lot of fame, the duo brothers have successfully kept the details on their parents, a private affair.

But they don’t shy away from flaunting their beautiful mother in TikTok videos now and then. Tony guest featured his mother on a TikTok video over the snippet of All I Want For Christmas is YOU!.

We are yet to see more of that, still, the two brothers have divulged from giving us names of parents.

Tony once admitted that his mother and father were no longer together. According to him, the divorce took a toll on him and his brothers.

Nonetheless, Tony expressed pride in his background. Also, the TikTok star shared his mom would go beyond her ways to fulfill their wants.

Lopez Brother’s Dad Was A Dancer

Certainly, the two model-looking brothers inherited the good looks from their mother. But, the phenomenal smooth dance moves which made millions of women and men fall for them were their father’s legacy.

The two brothers grew up watching their old man perform. Soon, enough they were enticed by the art of dancing. The parents had them enrolled in dance classes.

Later in high school, they performed in different functions as a duo under the same title The Lopez Brothers.

When TikTok did its thing, they ride the wave that was created and in a couple of years, they were on the other side playing in the big league.

Both Lopez brothers credit their father for the fame, but surpassing their dancer dad, they became a social media celebrity and influencer with millions of legitimate followers.

Besides them, Tony & Ondreaz Lopez’s parents also had another child. They had named their first son Xavier Lopez.

Not as quite popular as his younger siblings, Xavier owned a social media following of his own. As of June 2020, he garnered around 73.2k followers on IG. Meanwhile, Xavier accumulated 511k followers on TikTok.

Nikita Dragun is a beauty guru and makeup artist. She is also known as Mama Dragun. What’s more, Nikita...

Tony Lopez is best recognized as a TikTok celebrity famous for dance videos which earned him millions of...

Ondreaz Lopez joined Tik Tok in March 2019. In over a year, he was able to accumulate 16 million followers...

0 Replies to “Who Are Tony Lopez & Ondreaz Lopez’s Parents?”