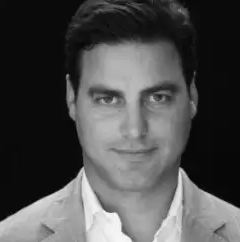 A financier by trade, Geoffrey Lieberthal shot to fame as the romantic partner of former Olympic figure skater Sasha Cohen.

The article below unfolds Geoffery’s wiki by looking into his personal and professional endeavors!

How Old Is Geoffrey Lieberthal? Wiki, Family Plus Education

Regarding his family life, Geoffrey is siblings with a baby brother named Keith Lieberthal who married actress Julianna Margulies in 2007.

After high school, Geoffrey enrolled at Dartmouth College to study engineering. Graduating in 1996, he studied Mandarin for a year at Beijing Normal University. Additionally, he holds an MBA from Standford University Graduate School of Business.

Fresh off acquiring his MBA, Geoffrey landed a consultant job at “Bain & Company.” He would eventually become the VP of “Bain Capital.”

Moreover, based in New York, Geoffrey Lieberthal allegedly owns $1 million and a growing net worth.

Dating + Engaged To Get Married

Before Geoffrey Lieberthal began dating future girlfriend Sasha Cohen, the latter was still reeling from her divorce. She had married Tom May in August 2016 and separated in a year and a half time.

After a blissful dating period, Geoffrey and then-girlfriend Sasha got engaged in late-October 2019. They did so while on a romantic trip to Paris, France. 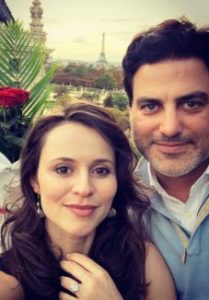 Taking to Instagram, the champion figure skater broke the news of her being an engaged woman. Neither she nor her husband prospect Geoffrey to spill the beans as to when they would get married.

On Instagram, Sasha shared a photo of her standing next to gold balloons which spelled the word “baby.” An excerpt from the accompanying caption read,

“Geoff and I are so excited to welcome a little one into the world!”

Sasha concluded her post by thanking everyone who made her baby shower memorable.

Via an Instagram post, Sasha announced the arrival of their firstborn. The champion figure skater also shared an intimate snap of her, Geoffrey, and the newest member of their family.

At the time, Geoffrey and Sasha refrained from revealing the sex and identity of their baby.