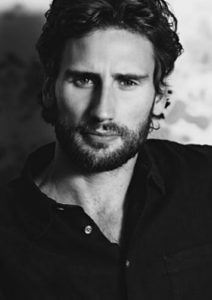 After Netflix premiered its sports mini-series The English Game, people started turning heads at the lead actor of the series. Acting vets such as Kevin Guthrie, Charlotte Hope, Edward Holcroft, and Craig Parkinson were put into a trial for the character they had portrayed.

Among the four phenomenal actors, Edward Holcroft who played Arthur Fitzgerald Kinnaird became the center of attraction and topic of discussion.

So, we’ve put this piece together based on the life of Edward to unfold his dating life, girlfriend details, and career as an actor. So before that, scroll down to explore his early life.

London-native English actor, Edward Patrick Holcroft was born on 23 June 1987. He turned 32 years old while celebrating his birthday in 2019.

After staying with his parents for almost 8 years he was sent away to attend Ampleforth College, a Catholic boarding school in Yorkshire.

The actor initially started to build his career in music. But, his career path took a different turn once he attended Summer Fields School. Further, he was taking both music side by side as he was practicing vocals as well as drums.

However, when he attended a show at Oxford Brookes University, his love for acting grew exponentially. Then, he enrolled and graduated in Darma London off Central Saint Martin, the University of Arts London in 2012.

Edward Patrick Holcroft’s parents were prominent individuals who had attended the height of success in their respective fields.

His father Lt. Col. Patrick Holcroft was in the military who also happened to be a banker whereas his mother Kathleen Holcroft was a celebrated publisher at Conde Nast and publishing director at Vanity Fair.

Out of all the siblings Edward has, Oliver Holcroft is the only one known to the public. He was a former soldier who after his service at Grenadier Guards in Afghanistan started treading his father’s stead.

Besides him, other family members are yet to come forth in the public attention.

Edward Patrick Holcroft set off his career landing the part of Aaron in the movie Vampire Academy (2014). Following that, he portrayed the role of Charlie in the movie Kingsman: The Secret Service (2014).

He also played in movies such as Lady Chatterley’s Lover ( 2015). In 2017, he landed parts in The Sense of an Ending and Kingsman: The Golden Circle, and is set to play Ben in Corvidae which was under post-production as of penning the article (March 2020). 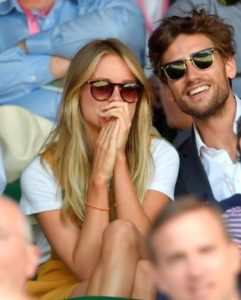 The relationship didn’t last long and it ended in September of 2015. Allegedly the reason behind the split was, Cressida’s parents preferred Harry rather than Edward.

Talking about Cressida Bonas, the London-based actress/model was romantically involved with Prince Harry between 2012 and 2014.

Other than that, his wife-prospects and other girlfriends have successfully escaped public attention.

In an interview with Rollercoaster magazine, Edward addressed his private life reassuring him that he wishes to build mystery around his life.

Well. that’s not good news for us fans, as we’d love to speculate his marriage prospects based on the girlfriends he will be involved with.

Holcroft Patrick Holcroft after portraying a gay character was thought to be one, validating the flying rumors about him being acquainted with that lifestyle.

In addition to that, his inclination to maintain secrecy in the relationship front made people believe he actually might be one.

Unless the actor confirms being gay, we assure you he is as straight as they come.

Of all the young black actors in Hollywood, the ones from England are the ones who are making it big, with...