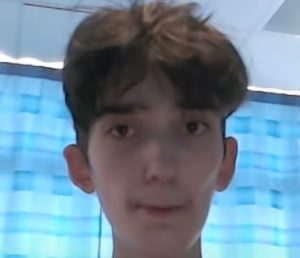 On 10th June 2021, Alex’s family announced the YouTuber died after undergoing an operation on his heart.

Sharing from his Twitter, Alex’s sister wrote— “Hello, as you all might already know my brother passed away today he had a very hard operation which lasted 7 hours but his heart couldn’t take it anymore, he was too weak to survive. Heaven gained another angel he was my rock my everything. RIP Alex.”

In another tweet, Alex’s sister continued— “Thank you so much to those who supported Alex thru his hospital journey you all been so amazing! You all kept him going gave him the energy to carry on! All the messages kept his head up. He carried on due to all the nice support he had from Twitter. RIP Alex.”

Alex’s school also sent out a Tweet confirming the tragic news. It read— “@CockshutHillSch It is with great sadness, the news of ex-student Alex Dragomir @KipstaUnited passing away today. Our thoughts and prayers are with his family and friends at this difficult and sad time. Red heart R.I.P Alex.”

Alex further revealed he was awaiting a heart transplant.

Before heading to operation, Alex had tweeted— “Going in for a life-saving procedure. if it doesn’t work then it’s been a great time people thank you for all you’ve done for me but we pray we see it through and we pray we get fatter and fitter after it for them to see progress and not say they can’t do anything after surgery.”

Since childhood, Alex suffered from a rare heart condition.

Alex “Sir Kipsta” Dragomir was born in 2003. He celebrated his birthday on 3rd December. What’s more, the YouTuber was 17 when he took his last breath.

On his 17th birthday, Alex had tweeted— “We thank god for another year. I pray I manage to make my mum happy before I go. Happy birthday to me.”

Because of his health, Alex “Sir Kipsta” Dragomir’s mother had to quit her job to look after him. Thus, his followers launched a GoFundMe campaign to help the family financially.

Talking about siblings, Alex had at least one sister growing up.

According to this Feb 2021 tweet, Alex only his mother and sister. Could it be that his parents parted ways a long time ago?

Meanwhile, back in May 2021, Alex had revealed that his parents were only on Facebook. He tweeted— “Haha brother if my parents had me on Twitter, I wouldn’t be expressing myself so freely, here is my peaceful place where I can take everything off my chest, they can stick to Facebook.”

On Twitter, Alex confined he was neither of Indian heritage nor of Pakistani descent.

Alex, on his 1st June 2021 YouTube video, told a story of how he had a ham sandwich in an all-Muslim school. In the same, he talked about arriving in England late. Again, Alex didn’t provide the name of the country that he came from.

From what we could gather, Alex never created a profile on Instagram. Either that or he had created an account in the profile with a hard-to-guess username.

Elsewhere on YouTube, Alex had 20.5k subscribers on his channel simply titled Kipsta.

As far as we can tell, Alex didn’t have a girlfriend. What’s more, he rarely tweeted about him dating anyone.