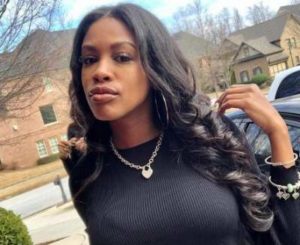 A new reality series with the name Sweet Life: Los Angeles dropped on HBO Max on 19 August 2021. The unscripted series, produced by Issa Rae, follows a group of 20-something Black professionals trying to find their way to navigating relationships while building their careers.

Promising to shine a light on the complexities and nuances of Black culture and friendships, the series features seven main cast members. Among them is Amanda Scott and this Amanda Scott Wiki is just hers.

Discover her Sweet Life journey, age, job, family, and boyfriend-related stories below in the writing.

Amanda Scott was actually nervous about entering into the realm of reality TV. Mostly because that meant she would have to put her pretty private life and nature out there.

But after some time into filming and she started to find comfort in the fact that she and all the newcomers were truly just being themselves and being who they are on a day-to-day basis.

“I know me. Specifically, I’m not doing anything on the show that I wouldn’t be doing in real life. So if people don’t like it or love it, I have peace in the fact that I’m just being me.”

So, Amanda is super excited for everyone to watch the show and get a sense of the true Los Angeles. “Not Hollywood, 90210, or the Valley” but a real sense of what it means to be born and raised in South Central Los Angeles.

She told ebony.com although there are a lot of previous projects that showcase Los Angeles in a certain light, there is not a show like theirs that is positioning the true essence of South Los Angeles.

By now, the only few things understood about her family is that her dad Darvin Scott is the owner of Gladiator Entertainment Trailers — Ultimate Outdoor Experience.

Also, on her Facebook, Amanda listed Alyssa Escarcega and Carlie Gwenn as her sisters and Alana Mitchell as her cousin.

Alyssa is a merchandise sales clerk at Sears Roebuck & Co. who studied at Grand Canyon University and Los Angeles Trade Tech. She seemed single while the other sister seemed involved with a partner.

Speaking of her qualification, she attended El Segundo for a high school diploma from 2009 – 2013.

Amanda Scott stands above a height of 5′ 6″ or 1.68 meters in her well-tamed physique.

So, Amanda Scott is a very private person in general. All her social media were protected before Sweet Life.

Until 20 August 2021, Amanda Scott had 2,207 followers on her Instagram @amandasaidso_. The handle is registered as Amanda Lauren.

Then, she could also be spotted on her ‘Amanda Scott’ Facebook.

Amanda Scott managed below an estimated $250K net worth from her multifaceted role as a TV personality, PR professional, storyteller, brand strategist, social media maven, real estate investor, and co-founder of The Kollection.

About The Kollection — It is a luxury lifestyle bi-city brand with dual headquarters in both Los Angeles and Chicago. It is founded by two Black women Amanda and Kinnedra (Kinny) Johnson. Though it appears like a luxury lashes collection, the makers claim it to be more than just eyelashes.

In the past, Amanda also served as an intern at Points of Light, The Brookings Institution, Prudential Financial, and Social Justice Learning Institute.

Hint on her salary from the current job: glassdoor.com estimated the average salary for a Communications Consultant in Los Angeles, CA Area is $92,193 per year.

Besides Amanda Scott and her costars — Briana Jones, Cheryl Des Vignes, Jerrold Smith II, Jordan Bentley, P’Jae Compton, and Tylynn Burns — Sweet Life also promised the three other boyfriends/friends that pop up from time to time. And by now, we are sure none of them is Amanda’s boyfriend.

Other than that we have no story to tell about the Los Angles native’s boyfriend, present or past dating life, and relationships.

So, judging from it all and her social media sharing, Amanda appears to be single. Her social media is mostly a grid of pictures from events and vacations.