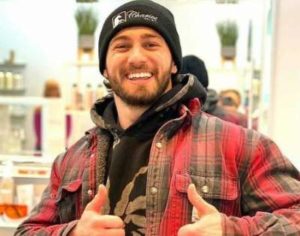 The reality competition show, The Challenge, returned on MTV.

So, the new series The Challenge: Spies, Lues & Allies as the franchise’s 37th season premiered on 11 August 2021 and took no longer to grasp the attention of the audience with its interesting line-up of contestants that includes Ed Eason a.k.a. Eddie Eason.

Thus the Ed Eason Wiki below is all his new fans have been wondering about him.

So, we gathered, Ed is named after his father Ed Eason.

Ed’s father and mother, Tammy Eason, ended their marriage and started to live separately as recently as 2014.

Back in the days, during high school, Ed’s father was a football player. As for his mother Tammy, following graduation from Cabrini College, she pursued 20+ years of career as a realtor.

Then, of course, Ed has a younger brother named Mitchell Eason. After Ed participated in The Circle Season 1, brother Mitchell decided to test his stamina for the game show in the next season that premiered in April 2021.

Mitchell, who turned 22 in Sep. 2020, otherwise worked in real estate and insurance. Some time ago, he was enrolled in the College of Engineering.

While it seemed Ed Eason could be tough competition on The Challenge considering he is an athlete and an avid sports junkie, Ed himself has it believing people have an incorrect image of him. “Just because I am not the tallest dude out there, people are going to underestimate me. But I am a powerhouse. Don’t get me wrong, “ Ed explained addressing his 6′ 2″  height.

The Challenge is not Ed Eason’s first game show. He is known also for appearing on the first season of Netflix’s The Circle that was released in January 2020. Ed was on the show with his mom, Tammy. However, even Ed and Tammy’s combined efforts were not enough to win them the $100,000 grand prize. They entered the competition mid-way and only managed to get through three episodes before they were out.

Other than being a reality TV personality and an Instagrammer featuring lifestyle, fashion, and more television-related content, Ed Eason is also a service engineer at Leonardo Helicopter Division (employed since January 2020).

Before this, Ed briefly worked as a maintenance engineer at Aerotek.

The Conshohocken, Pennsylvania native/inhabitant studied Mechanical engineering at Cornell University, graduating sometime in 2019. And while there, he was a member of the college’s varsity track and field team as well Cornell Racing’s FSAE project team.

There, Ed was also a member of the National Honors Society and Ski and Snowboarding Club.

Not to miss, Ed is also a second-degree black belt in martial arts.

Ed Eason managed at most $300K net worth before he participated in The Challenge.

Hint on his current salary: glassdoor.com has it calculated someone like Ed, that is a service engineer working in the Philadelphia, PA Area, made an average of $61,973 salary per year and $8,903 overtime per year.

Is Ed Eason Dating Anyone?

Ed Eason’s relationship status over Facebook read ‘single’ as of August 2021. And to be more clear, Ed also cared to mention he is exclusively interested in women.

Then, out of nowhere on 18 August 2021, he “yanked everyone’s chain” introducing Miranda Meyer as his baby girl.

However, this was not the only time Miranda appeared on his Instagram or Ed on hers. 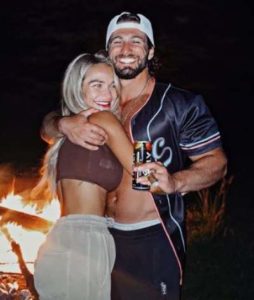 Miranda, who is also yet to update her ‘single’ relationship status on Facebook, wished Ed on his birthday with an intimate romantic memory of them captioned with “Happy Birthday to my love 💕” only a while ago.

From the look of it, these beyond happy loved-up couples have been dating since at least June 2021.

Miranda as per her health/beauty blog on Instagram @beautybymirandameyy is a HyaPen certified beautician, highlight and eyelash extensions specialist, and microblading technician. You may also find her sharing her day-to-day affairs on her other Instagram @mirandameyy.