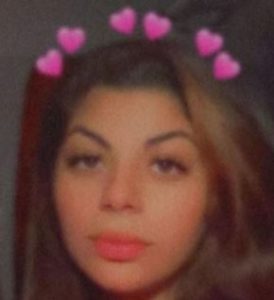 Yazan Abu Hurira earned overnight fame appearing on the TLC show “90 Day Fiance: The Other Way”. After his whirlwind romance with Brittany Banks ended, Yazan introduced Lulu, his girlfriend who later became his fiancee. Lulu would eventually become his wife.

This Lulu bio attempts to reveal facts about Yazan’s wife such as her Instagram, age, and job. Furthermore, discover her family, nationality, and real name.

Although Yazan hadn’t publically stated Lulu’s age as of 2021, she seemed like a woman in her early 20s. Online reports even suggested Lulu was as young as 21 years old.

Meanwhile, Yazan was 26 years old in 2021, making him much younger than Lulu.

Lulu’s family originally hails from Jordan, the same as Yazan’s ancestors. Thus, she is of middle-eastern descent. According to screenrant.com, Lulu’s father is Jordanian.

A resident of the United States, Lulu owns an American passport. Despite her Jordanian roots, she had visited the middle-eastern country only once as of 2021. Moreover, she speaks perfect American English while holding a commendable command of Arabic.

True to the assumptions, Yazan later revealed Lulu was her nickname— Leena is her real name. However, at the time, he didn’t give out her last name.

When Yazan first began showing off Lulu, fans couldn’t help but comment that his girlfriend was an upgrade from his ex, Brittany Banks.

As for Lulu’s height and weight, they are under 5 feet 6 inches and above 55 kilograms respectively.

Until mid-January 2021, Lulu was on Instagram operating under the username @ya_lulu7. She would later delete the profile or change the username.

Moreover, Lulu didn’t seem to be on Facebook. She wasn’t even on Yazan’s friend list on the platform.

As of May 2021, both Lulu and Yazan hadn’t revealed her job details. Therefore, nobody could provide an estimate of her earnings and finances. Safe to conclude, Lulu did work to make a living. Per this screenrant.com report, Lulu was studying to be a Doctor of Nursing Practice.

Those who follow 90 Day Fiance franchise closely are well aware of Yazan’s history with Brittany Banks. Throughout their romance, they never seemed to see eye to eye on everything.

Following the split, Brittany accused Yazan of being a closeted gay man and drinking alcohol, which is against his Muslim faith. She also accused him of stealing money from her and her father.

Circa late-2020, Yazan revealed he was dating a woman named Lulu. Immediately, 90 Day Fiance fans began suspecting if Lulu was his distant cousin.

Appearing on “90 Day Bears All” in April 2021, Yazan shared he and Lulu had gotten engaged. As his translator noted the couple was planning for a Summer wedding later that year.

Before popping the big question, Yazan followed the tradition asked Lulu’s hand for marriage from her father. At the time, they hadn’t met one another in person but talked on FaceTime all the time.

According to Yazan, he once called Lulu “Brittany”. As a result, he had to spend the next 3/4 days consoling Lulu who felt humiliated by his mistake.

For fans, the incident proved Yazan wasn’t over Brittany yet. Some even predicted the couple would reunite after the Jordanian hunk moves to America after marrying Lulu.

Via a joint post that showed off their new rings, Yazan and Lulu revealed they had tied the knot on 8th July 2021. The accompanying caption read: “It has the honor of both Mr. Ziyad Ahmed Issa Abu Huraira and Mr. Amin Ali Salim Abu Utya I invite you to a wedding of Yazan Ziyad Ahmed Abu Huraira and his daughter. [The nuptials] will be on Thursday evening, 7/8/2021, at the groom’s father’s house within a limited family ceremony due to the current circumstances.”