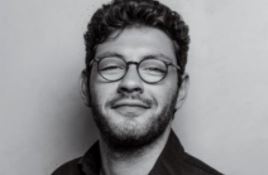 Elliot Grainge is a music executive whose record label 10K Projects was popular for producing Tekashi 6ix9ine’s albums. But in early 2021, Elliot was in the limelight for a different reason. It seems that the guy was dating Lionel Richie’s daughter Sofia Richie, who also was his long-term friend.

As per his birthday, Elliot is of the Scorpio zodiac.

Elliot Grainge’s father is the Chairman and CEO of Universal Music Group, Lucian Grainge who flaunted a reported net worth of $50 million in 2021. He is a teenage talent spotter, who abandoned his degree and shaped his life to virtually bleed music.

In light of his works, Lucian has signed and worked with many stars, including ay Z, Elton John, Katy Perry, Queen, Rihanna, The Rolling Stones, Sam Smith, U2, Amy Winehouse, and many more. And for his achievements, Lucian was titled No. 1 on Billboard’s “Power 100” in 2019, 2016, 2015, and 2013 as the most powerful executive in the music business. Also, he was named Billboard’s first-ever Executive of the Decade.

Furthermore, Lucian was also bestowed with a knighthood in 2016 by Her Majesty Queen Elizabeth II in the Queen’s 90th Birthday Honours list.

Unfortunately, Elliot’s mother passed away in 2007. She never woke up after birthing him in 1993 and spent 14 years unconsciously in a coma.

After Elliot’s biological mother left this world, his father married his step-mother, Caroline Grainge. The two lived in Los Angeles before 2021.

As for Elliot’s siblings, he has a half-sister and a step-sister from his father’s second marriage.

Elliot Grainge’s net worth was above $5 million in 2021. Not to mention he was also in line to inherit his dad’s reported $50 million net worth.

Talking about his record label, Elliot founded the independent record label “10K Projects” based in Los Angeles back in 2016. The company employed 28 personnel (in 2021) including alumnus Andrew Nicholas from Angels Collective and Surafale Alemu from The Purple Line.

To honor him, Elliot was listed under the “30 Under 30 – Music” category by Forbes magazine.

In light of his education, Elliot attended Northeastern University for his bachelor’s degree in Arts/Science.

It was March 27, 2021, when Elliot Grainge first appeared on Sofia Richie’s IG, and soon the comments were filled with “who’s this guy?” To which, Sofia stayed silent. Later, the duo was again spotted on a takeout date on April 5 at a Japanese restaurant, which almost confirmed the dating rumors.

Finally, a PageSix source confirmed that the two were dating. They shared that Elliot and Sofia were friends for years, and Elliot was even close to Sofia’s brother.

Moreover, it seemed that Sofia’s family also approves of Elliot.

Before dating Elliot, Sofia was in a relationship with Scott Disick for nearly three years. Reportedly, the two broke up over Scott’s struggles and his close relationship with ex Kourtney Kardashian, with whom he shares three children. Also, Sofia’s friends mention that their “15-year age difference was becoming an issue.”

Talking about Elliot’s dating life before Sofia, it didn’t seem like he was ever married or had a wife. However, he didn’t have a few flings.