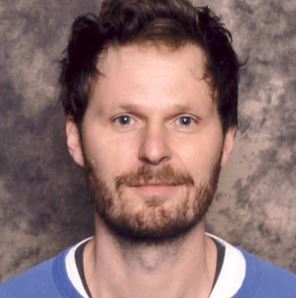 Actor Rupert Young’s honesty in his role portrayals always took his roles to next level. Be it in a whole series revolving around him or his role for just a few episodes. The man has proved himself to be having a competition with his earlier self.

Each role after the other shows greater clarity of his acting. While many works of him drew the attention of the audiences, his role portrayal for the 2021 series of Bridgerton got a mass, want to know him more. Here’s everything you need to know about Rupert Young, his personal life, girlfriend, net worth, to his roles in the movies and TV shows.

Rupert’s parents originally named him Rupert Francis Young, which is his full name. Although the man has not revealed much about his parents, the whole of his family seems to be gifted with artistic talents.

In his bio, he mentioned that he began acting at the age of 5. His first role was of a donkey in a school play and was unstoppable ever since.

The man has two siblings, a brother, and a sister. Besides his parents, Rupert was yet to disclose details on his sister to his fans but his brother, Justin Young has been a series producer and also the head writer for Holby City.

Not only his own siblings, but people often associate Rupert with the 2002 Pop Idol winner, Will Young. Both the celebrities are from the UK. Moreover, Will had a twin brother named Rupert Maxwell Young who passed away at a young age. So, many of Will and Rupert’s fans confuse Rupert Francis Young to be Will’s deceased brother, Rupert Maxwell Young. Them being of the same age also adds to the confusion regarding Rupert being related to Will Young.

Rupert Young stands tall enough at a height of 6 feet and 3.5 inches.

Just For You: Naomi Ackie Wiki, Married, Boyfriend, Net Worth

His Role On Bridgerton

The popular Netflix series Bridgerton, after a great success of its 1st season, had a new season on its way in 2021. The series added four new actors, Cala Lynch, Shelly Conn, Charithra Chandran, and of course, Rupert Young.

In Bridgerton season 2, Rupert played the role of Jack and was highly appreciated for his roleplay. After all, Rupert was someone who’d been in the industry for years and contributed through his multiple works.

He officially started his career as an actor on the TV mini-series Island at War where he started with the role of a British soldier.

Later, the TV shows like Doc Martin, Heartbeat, Primeval, Shameless, Doctor Who, The Good Karma Hospital, and many more increased his popularity among the audiences. Not just TV series, he also played fabulously in TV movies, short movies, and documentaries like Fragments, Dirty Filthy Love, Matisse Live, and so on.

One of the most famous of his roles has been for Merlin: Secrets & Magic, a BBC documentary series where he played himself for two good episodes. It was a series showing and complimenting the fantasy drama Merlin and showed the hard work behind the portrayal of roles in the series.

From his lifelong hard work in the field of acting, Rupert garnered a net worth of $1 million over $1 million.

What You May Read: Dimitri Hamlin Wiki: Married, Girlfriend, Mom, Net Worth

Rupert Young has never come up openly about his sexual orientation in public. The misinformation regarding Rupert’s relationship with Will Young might have attributed to people’s concept of him being gay.

However, as the man mostly remained lowkey about his personal life, his being gay would solely be limited to a rumor.

As an actor, fame comes to you with people wanting to know about your personal details. Ano without a doubt, one of the major aspects is your relationship status.

So, it’s obvious that his fans and followers want to know about Rupert Young’s girlfriend. Also, the fact whether or not is he married, and about his dating life as a whole.

As a public figure, he keeps getting public proposals on social media. However, the same platform doesn’t have any information about him being in a relationship with any known face.

Whatsoever, the man was often shipped with his Merlin co-star Angel Coulby by his fans. However, there has been no news about the two actually dating in real life. 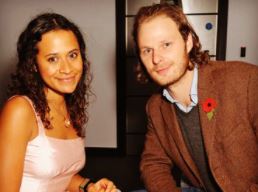