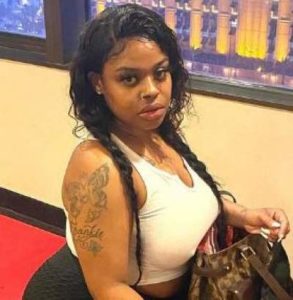 R&B singer Keyshia Cole’s mother died of a drug overdose on July 18, 2021. Amidst sending thoughts of love and support to the singer-songwriter and people were also wondering how the other members of the family were doing.

In this Elite Noel Wikipedia, discover all about Keyshia’s sister Elite who was first to comment on her matriarch’s untimely demise on social media.

Elite Noel took to her IG story to write “WORSE PAIN EVER…..TO SEE MY MAMA IN A BODY BAG ON HER BIRTHDAY! MY HEART SO FUKING BROKE” in big bold letters following her mama Frankie Lons’s passing. The hard part of it all was, she breathed her last on her birthday and it reportedly happened of the drug overdose.

Elite’s mom is not seemingly survived by any husband or boyfriend.

In 2016, boxing trainer Virgil Hunter, the man Frankie reportedly married, was confirmed to be Keyshia’s dad in an IG post. But soon the post was removed and Keyshia was again looking for her real dad.

Then, in Dec. 2020, from Elite’s IG post, we learned, she was raised by “an amazing man” her adopted dad, Vic. She had shared how late-Vic had suggested she get a DNA test which later said 99 percent, not his daughter. Anyway, Vic still kept calling her his daughter. 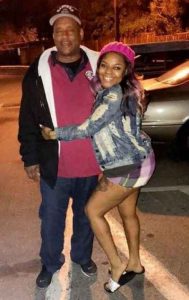 Elite writes “Vic you got me so damnnnnn sad today” as she mourned her adopted father’s passing on Dec. 5, 2020 (PIC: Elite’s IG)

Also in 2020, Frankie took Elite on Paternity Court S03 E11 to establish paternity of her daughter. Elite, who grew up believing William Randolph III was father was told that Larry Robertson was her biological father.

However, by the time, the episode came to an end, the paternity test result said: neither Larry nor William is her biological father.

Elite was also originally told she was adopted at 3 months when she was by the time she turned 11.

That been said, Elite also has a brother named Sam and Big Raxe. While it’s been reported Keyshia, for siblings, has a brother, Sean Cole, an older biological sister, Neffeteria Pugh, and five other biological brothers and sisters.

A self-proclaimed real, rare, and rebel, Elite Noel, with the middle name Jewel, stands to a height that is below 5’4”.

Elite was also followed by 5,351 users on her musician/band page on Facebook @EliteNoel.

One could also follow Elite on her OnlyFans @ielitenoel.

Just like her sister Keyshia, Elite is also pursuing her music. Although earlier in 2021 she had made it public that she no longer had a working relationship with Keyshia.

Although Elite claimed there was no hatred toward Keyshia, she also spoke up she was underpaid and underappreciated by her own sibling with the classic hit “Love”.

Anyway, Elite is an independent artist, singer, rapper, and songwriter. She is also known for her appearance on the show Keyshia Cole: All In starring her sister Keyshia on the lead.

Elite released her single BAE in 2017. Her two more songs “Count Up” and “Survive” are available to stream on iTunes and Spotify.

Besides, the musician also has her own line of cosmetics. From what her IG bio claimed, she was the Co-CEO of the cosmetics brand Klub Kosmetics. Also, it said, she is the founder of the page #FuturisticSoul, which features pictures and posts about music events and a few social issues.

Then, her main shopping website also featured a range of beauty products specifically created for the eyes.

Elite Noel had never been married as of the time of this writing. She, however, had hinted at wanting a boyfriend and a girlfriend in her tweet.

And of course, there is a baby father and baby in the scene.

Elite is the mother of a son whom she has not discussed much even on her social media sharings.

Then, for some reason, in between, Elite had not allowed her mom to see her son for five years. They were having some issues which, according to her IG sharing, was later resolved. At that point, Elite had said this about her mother,

Meanwhile, Elite mentioned her baby’s father the only time in Nov. 2012, in an IG post of her son with his father. To which, she had captioned: “#tbt who does my son look like more??? Me or his father.”