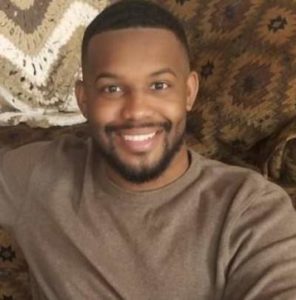 Meet Tre Cooper, who with his infectious smile, became the fan-favorite on The Bachelorette Season 17.

Tre decided to find love on ABC’s dating game show fighting for Katie Thurston‘s heart against 29 other contestants. And soon he found amid ever-increasing fan numbers.

The Bachelorette believes Tre Cooper is on the show for the right reasons and not with the sole getting-famous mentality like most other people in the Bachelor Nations’ history.

Tre made his big entrance on the show by jumping out of a ball-pit-filled limo to meet Katie Thurston. And until S17 E05 (aired June 28, 2021) Katie was clearly infatuated with him.

However, shattering his fans’ high hopes, the Bachelor spoiler king Reality Steve claimed— Tre does not make it to the Final Four of The Bachelorette. (Reality Steve might not be right but he is also usually not wrong.)

So, in case his prediction is right, viewers will see Andrew Spencer, Blake Moynes, Greg Grippo, and Justin Glaze, in Katie’s Final Four.

Even so, the speculation did not stop Tre’s fans from making the likes of ” None of the beef. I’m vegetarian” memes and more.

Tre Cooper cited he is outgoing, kindhearted, and open-minded wants to be with someone who would tune in perfectly to his personality.

His ideal girlfriend is strong, confident, and open to everything life has to offer. More than a girlfriend, he is looking for a partner who would pass up an opportunity for a new experience. Someone who is not afraid to let passion and spontaneity dictate life’s direction.

Also, coming from a “big loving family”, Tre desires as many kids as possible, that he and his wife can comfortably afford.

In addition, the willingness to be vulnerable is an absolute must for Tre as he too promises to give that vulnerability in return.

That been said, Tre is eager to love and be loyal to one woman.

Born as ambitious, determined, and quite careful Capricorn, Tre Cooper grew up celebrating his birthday every year on Jan. 2nd. He reached the age of 26 in 2021.

Tre Cooper has shared glimpses from his very young age that included his two sisters and a very beautiful and young mom.

One of his two siblings who goes by Autumn Cooper on her Instagram @trinitylashawn gave birth to a beautiful baby boy at the University of Louisville Hospital sometime in June 2021. Following this, Tre, the proudest uncle (for the first time) shared the moment of him holding the young one on his Instagram. As for the caption he composed:

“I’m an uncle now!!! So excited and proud of you @trinitylashawn and Denzel, we’re gonna raise tf outta this baby!”

Introduced by The Bachelorette as a “handsome catch with a huge heart”, Tre Cooper stands around 5’10” (1.78 meters) tall in height.

Until June 29, 2021, Tre Cooper had 4450 followers on his Instagram @trecooper_. He started sharing on the platform only in Dec. 2021. Word has it, his Instagram was on private before coming onto The Bachelorette.

Anyway, it’s clear Tre is very less enthusiastic about pursuing fame on the social media scene. So, he could not be spotted elsewhere i.e. on Facebook or Twitter.

Tre Cooper had less than the estimated $400K net worth before June 2021.

A self-proclaimed “experienced Software Engineer with a demonstrated history of working in the retail industry”, Tre studied at Georgia State University from 2013 – 2018.

Currently (2021) he is a Software Engineer at The Home Depot in the Greater Atlanta Area. He started his employment there in May 2017.

And from what indeed.com calculated, someone like Tre i.e. a Software Engineer based in Atlanta, Georgia, earned $101,656 per year as salary and a $4,500 cash bonus per year on average.

Before he graduated from Eastside High School in Covington, Georgia in 2013, Tre played football with the college’s team. He scored well and therefore was ranked well. His jersey was numbered #37.

Further, Tre is very passionate about playing the harmonica. Other than that, he loves meeting his friends for brunch and book club. And not to miss, Tre is extremely terrified of piranhas.