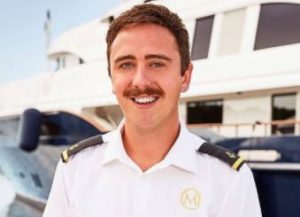 Starring in the 6th season of “Below Deck Mediterranean,” Lloyd Spencer shot to fame.

In this Lloyd Spencer wiki, discover details about the deckhand’s age, net worth, and girlfriend. Likewise, find out his height, family, and look-a-like.

Meanwhile, there were zero clues when Lloyd celebrates his birthday on the internet.

On social media, Lloyd shared little to no info about his parents, siblings, and other family members.

Because of his globe-trotting lifestyle, Lloyd meets new people at work. Often his co-workers become his family.

To mention Lloyd’s childhood, it was an adventurous one. Drawn to adventure and adrenaline-filled activities from an early age, Lloyd’s priority changed upon suffering a bad motorcycle accident.

Lloyd Spencer, the “Below Deck Mediterranean” fame, stands around 5 feet 11 inches in height.

One look at Lloyd Spencer and everyone can tell that he looks like actor Nicholas Cage.

During his time as a driver, guests asked him to wear a shirt with “You look like the Nicolas Cage” on it. He even shared a throwback photo of him rocking the shirt on his Instagram.

On 28th June 2021, Lloyd shared a side-by-side photo of him and Nicholas Cage. He then captioned it with the words— “If anyone knows the Cage, can you ask him if he made a trip to the UK 31 years ago.” 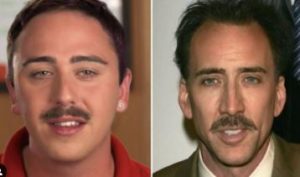 Until 29th June 2021, Lloyd Spencer operated on Instagram with the handle @lloydstravels with 1.4K followers.

Lloyd Spencer On Below Deck

Lloyd joined the Season 6 cast of “Below Deck Mediterranean” as one of several new deckhands. Additionally, he worked in the Lady Michelle as an engineer.

Discussing his role, Llyod’s Bravo profile stated— “Lloyd is a joy to be around and a hard worker who is determined to prove his skills both on deck and in engineering.”

Ahead of the season premiere, Lloyd took to Instagram and wrote— “The goose is officially loose! Catch me on #belowdeckmed premiering June 28th on @bravotv @belowdeckbravo.”

According to reliable sources, the “Below Deck Mediterranean” star Lloyd Spencer has $300 thousand net worth. Working as a deckhand in a superyacht, Lloyd reportedly made $3,500-$4,500 a month. Meanwhile, the Mirror claims a deckhand makes between $40,000 to $52,000 a year.

After a motorcycle accident, Lloyd made a career change. He became a European coach driver. Starcasm reported he had traveled around 42 countries by 2021.

With encouragement from the local skippers, Lloyd picked up a life on the water. During the winter months, he sailed and started handling deliveries in the Irish sea. As a result, Lloyd stumbled upon a career in super yachting. Admittedly, he fell in love with the ever-changing and exciting lifestyle that yachting provides.

Lloyd Spencer’s dating life before “Below Deck Mediterranean” remains a mystery to many of us.

As seen on Season 6 teasers, Lloyd and his co-star David fight with one another over Malia White’s affection. If you don’t know, Malia confirmed her breakup from Tom Checketts in 2020. When the filming began, she must’ve been a newly single woman.

Other than the little squabble with David over Malia, Llyod came off as one of the likable cast of the season.

Over on Instagram, a woman named Morgan Georg had tagged Lloyd several times. She is, however, not his girlfriend. They must’ve met as co-workers.

A native of Adelaide, South Australia, Morgan was residing in Bali, Thailand in 2021. She attended Cornerstone College and San Diego State University.

On the 9th Aug 2021 episode of Below Deck, Lloyd opened up about his sexuality. Recounting his previous experience with homophobia, Lloyd admitted he’s sexually fluid.

Later, Lloyd told E! News that he hadn’t planned to open about his sexuality on Below Deck. He also labeled the support from the cast “inspiring”. Beyond that, he seemed happy receiving kind words on social media.

0 Replies to “Lloyd Spencer Wiki: Below Deck, Net Worth, Girlfriend”