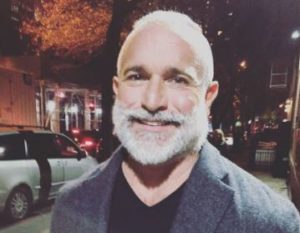 HGTV’s Celebrity IOU is all about Hollywood A-listers expressing their deep gratitude to the individuals who have played an important role in their lives. And this time, we have Roger Canevari being surprised by her friend LeAnn Rimes with a heartwarming home renovation.

So, who is he? Learn all about him as this Roger Canevari Wiki proceeds.

As a friend and a counselor, Roger Canevari was always there for the American singer/songwriter/actress, LeAnn Rimes. She shared, “Roger always takes care of everyone around him and always puts others first.”

But LeAnn wasn’t the only person Roger has been kind to. It seems that this warmhearted persona has helped many people before. So, it was only a matter of time before Roger’s kindness came back to him.

In a press release, LeAnn said, “I think it would be really beautiful to give him a space that brightens his life because he’s brightened so many people’s lives. That would be special.”

Also, she credited him with saving her life, and labeled him as her “second dad”.

To express his gratefulness, Roger took it to his IG (a morning before the episode premiered) to thank LeAnn and Property Brothers for the “incredibly humbling” surprise.

Roger’s appearance in Celebrity IOU was first hinted at by LeAnn back in May 2021 through an IG post as well.

Roger Canevari was born on August 1, 1960. That made him 60 years of age as he received the surprise gift from LeAnn Rimes in 2021.

As per his birthday, Roger is of the Leo zodiac.

We already know that Roger Canevari is a sweet person, and naturally, his sweetness extends to his family as well. He shared about all his younger days when his grandmother took him to places like Radio City Music Hall, and what a great feeling it was.

Also, he recalled his “brave, true and strong” older sister Missy Ann who was always there for him.

Talking about Roger’s parents, they are no more in this world. His dad, Roger Canevari was a veteran who retired as a Sergent.

As for his ethnicity, Roger is Italian.

Trivia: Aside from his biological family, there were a few friends whom Roger considered as his close ones. They are — LeAnn Rimes Cibrian, Eddie Cibrian, Steve Schnur, and Maurizio.

Mentioning his distinct features, Roger has a white beard and an amazing body. Also, he has tattoos on both of his arms.

So, are you wondering how did Roger maintain his body despite his age? Well, Roger was into boxing and trained with the MMA coach, Jon Durrant. In fact, Roger had regrets that he didn’t build his career in boxing earlier in his life. Reportedly, he had his first fight at 54.

But Roger has always been a muscular guy ever since he was young.

Roger Canevari garnered a net worth of under $800 thousand by 2021.

A jewelry designer by profession, Roger was the owner of Mantis 7 Jewels label for a few years then. His company sold hand-crafted in New York City and Los Angeles. Some of his pieces even took many years to make, such as a chain featuring a sapphire accent.

When Roger wasn’t designing jewelry, he loved to cook, specifically Italian cuisine. That was why even during the surprise renovation from Celebrity IOU, Roger’s “inadequate kitchen,” was transformed into a “ state-of-the-art kitchen”.

In light of his education, Roger graduated from Valley View High School and went on to train in Jewelry design at the Fashion Institute of Technology.

Fact: Roger doesn’t like to talk about it, but he was molested by his high school coach while he was young.

Yes, Roger Canevari is gay. He was married to his husband, Darrell Brown for over 14 years in 2021.

Roger Canevari first met his partner, Darrell Brown, back in Jan 2001, and the two went on to get married four and a half years later on August 27, 2005. In fact, the duo held their wedding way before the USA permitted them to get married.

Since then, Roger has often featured his partner over his socials. From Darrell playing the keys to the couple going out on long drives, Roger’s IG was filled with pictures of them.

As of 2021, the lovebirds might not have shared a kid, but they were fathers to their lovely dog (Doberman) named Tyson Canevari Brown. 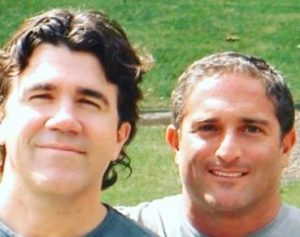 Little info on Darrell Brown: He is a songwriter, arranger, manager, and record producer who co-wrote the hit “You’ll Think of Me” by Keith Urban, and “Why Don’t We Just Dance” by Josh Turner.

Darrell celebrates his birthday on September 22.