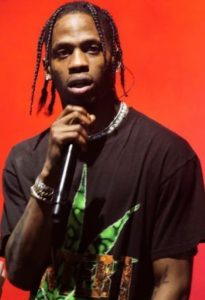 Travis Scott entered Fall 2019 as a single man. According to TMZ, his relationship status changed after splitting from girlfriend-turned-baby mother Kylie Jenner.

The news arrived a month after the “Sicko Mode” rapper and his once-wife prospect Kylie – with their daughter Stormi – attended the premiere of his documentary “Look Mom, I Can Fly.” They had only joined forces to promote the doc all the while showcasing solidarity.

At the time, Kylie had last posted anything about Travis was on 10th September 2019.

Sources close to the Hollywood couple revealed that the breakup was a long time in making. With the relationship not working despite the effort, Travis and now-ex Kylie separated in mid-September 2019.

Interestingly, neither camp cared to give answers to why the Houston, Texas-native and the beauty mogul called it quits. Since not a single case of infidelity was reported, many speculated that the pair had grown apart.

The said split, however, wasn’t Travis – who owns $50+ net worth – and once-wife hopeful Kylie’s first. Reportedly, the couple took breaks from their romance in the past as well.

Despite the breakup, insiders claimed that the duo would continue to co-parent daughter Stormi.

April 2019 marked Travis Scott and Kylie Jenner’s two years together. The power couple first commenced dating in 2017 and made their romance official at the Coachella Music Festival.

Within months of igniting the romance, the cosmetic mogul became pregnant with the famed musician’s child. The duo welcomed daughter Stormi in February 2018.

Travis’s relationship with then-girlfriend Kylie almost came crumbling in early-2019 because of a reported cheating scandal. The “Mamacita” hit-maker denied ever going behind his baby mother’s back.

Recovering from the scandal, Travis and Kylie had vacationed in Cannes and enjoyed another family trip.

Travis Scott was noticeably absent from Justin Bieber and his wife Hailey Baldwin’s wedding held on 1st November 2019 in North Carolina. His now-former girlfriend  Kylie Jenner attended the bash with their daughter.

At the said event, Kylie was spotted having a quality time with musician/actor Jaden Smith. Sources close to the reality star swiftly put out a possible dating situation claiming that the pair were mere friends.