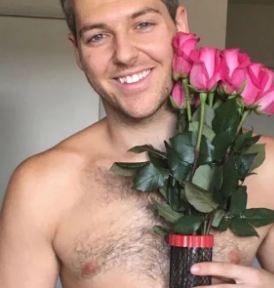 Delve into his wiki and discover Eric’s job, net worth, and height. What’s more, read about his age, birthday, and family!

On 11th September 2019, Eric Nichols entered singlehood after his girlfriend announced the split.

Via Instagram, Larissa Dos Santos Lima shared that she and Eric were no longer together by posting a “break up note.” On it, the “90 Days Fiance” sensation wrote about not having hard feelings against her now-former boyfriend.

Citing her need to focus on healing oneself, Larissa confessed to jumping ships with Eric far too early. She concluded her caption by expressing excitement about what the future may hold.

At the time, Eric hesitated from making a statement as he didn’t deem it fit to place his two cents on the split. 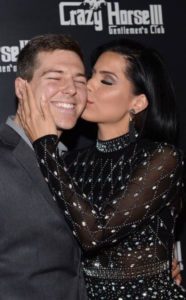 When Larrisa Dos Santos fell for Eric, she was on the heels of her separation from her husband Colt Johnson.

Married in the Summer of 2018, Larrisa and ex-husband Colt separated in January 2019. The divorce got finalized three months later.

Marriage between the two was an unhappy one. Following three separate incidents of violent outbursts, a judged sentenced Larrisa to 48 hours of community service and fined her $345.

The divorce paved the way for a new romance. In March 2019, Eric and girlfriend Larissa made their relationship public at a strip club in Las Vegas.

6 months after their split, Eric Nichols and Larissa Dos Santos Lima sparked reunion rumors. It all began when the latter shared a sun-kissed selfie of them.

In an accompanying caption, Larissa wrote:

Eric Nichols and now-ex Larissa were so good together. Even his family seemed to share the same sentiment.

Larissa even commented “lovely” under a photo of Eric’s mother and father.

Speaking of kinfolks, Eric is not his parents’ only offspring — he has a brother. And according to Larrisa, Eric’s sibling reminded of Elvis.

Eric was born in 1992 with the middle name Joseph. What’s more, Also, he celebrates his birthday in April every calendar year. Therefore, as of July 2020, Eric was 28 years of age.

Coming to Eric’s online presence, he owned around 19.5 thousand IG followers (as of July 2020). Meanwhile, he had joined Twitter in May 2016.

Although there is a lack of public records detailing his job, Eric’s fortune is believed to be a hefty one.

However, going by his IG bio, Eric made his living as a pool player. Likewise, he was an avid poker player and could be a professional at that.

Sometime after 2019, he added another stream of income by launching his OnlyFans account. At $25, fans of Eric could lay access to the “90 Day Fiance” star’s adult content.

A well-known fitness freak, Eric Nichols hit the gym every chance he recieved. Standing around 5 feet 11 inches tall, he weighed more than 81 kilograms.