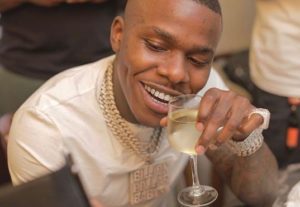 Together with Megan The Stallion, DaBaby owned 2019. Hip-Hop hadn’t witnessed a rapper accomplish so much in a single calendar year since the prolific rise of 50 Cent.

From getting featured on the XXL Freshmen cover to releasing a Billboard-charting project, DaBaby conquered it all.

With no notable co-sign, DaBaby achieved the impossible by skyrocketing to mainstream success. On his way to rap glory, he maintained a frightening level of authenticity. His breakout single “Suge” captured the very ethos.

Stroll through DaBaby’s intimate details of his dating history and get to know the rapper even better.

DaBaby is a native of Clevland, Ohio. But the “Baby Sitter” hitmaker considers Charlotte, North Carolina as his hometown.

Hailing from a family of five, DaBaby was born with the real name Jonathan Lyndale Kirk. As the youngest of his parents’ three children (all boys), he looked up to his older siblings for guidance.

In 2020, DaBaby mourned the death of his brother, Glenn Johnson. Glenn reportedly died of self-inflicted gunshot wounds at the age of 30. The rapper confirmed the tragic news as he wrote “LONG LIVE MY BROTHER” on his IG bio.

What Is DaBaby’s Net Worth?

Although not confirmed, DaBaby reportedly owns a cool net worth of over $20 million.

For most of his teenage years, DaBaby led the life of an outlaw. Entering his 20s, he quit his criminal ways and began releasing music under the moniker Baby Jesus. To fit the industry mold, he would later adopt his now-stage name.

Music lovers first witnessed DaBaby’s star power when the “Up The Street” wordsmith performed at the 2017 South By South wearing a diaper.

Before his 2019 critically-acclaimed album “Baby On Baby,” DaBaby owned a plethora of mixtapes under his belt. Between 2015 and June 2019, he had dropped nine indie projects.

In April 2020, DaBaby released his second studio album titled “Blame It On Baby.” The project flexed high-profile features including appearances from Future, Roddy Rich, and Meghan The Stallion.

Run-Ins With The Law

Often, DaBaby’s musical milestones get overshadowed by his legal history.

Back in November 2018, DaBaby shot a man – who died immediately – inside a Walmart in North Carolina. Taking to Instagram, the “Under The Sun” rapper claimed self-defense.

Following the incident, police charged DaBaby with one count of carrying a concealed weapon. They, however, later dropped the charges.

In May 2019, DaBaby made headlines after his security guards assaulted rapper Don Trag for an alleged act of aggression. Since neither party co-operated, he didn’t face legal repercussions.

Also that very month, DaBaby went viral for knocking out a rapper named Cam Coldheart on Instagram Live. The altercation transpired at a Louis Vuitton store.

In January 2020, DaBaby was detained — and later arrested — in Miami. He had an outstanding warrant issued against him for a battery charge. Per TMZ, he and his crew had robbed and assaulted a concert prompter for coming up short on an agreed sum. The said promoter later sued him.

DaBaby’s popularity grew exponentially when he flaunted his sometimes-girlfriend on Instagram in Summer 2019. She was later identified as MeMe, the mother of his son. 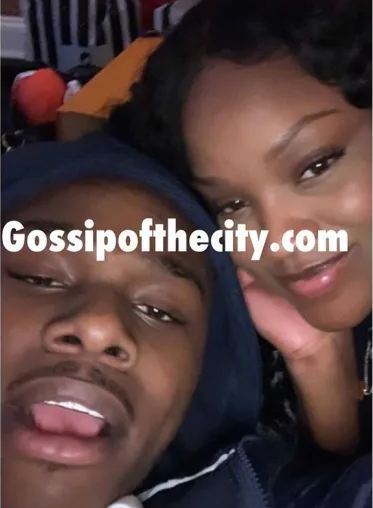 Besides being a gorgeous African-American woman, the “Tupac” hitmaker’s girlfriend MeMe reportedly isn’t Instagram famous. Hip-Hop outlets cast her as the “9 to 5 type,” who held it down throughout DaBaby’s early career struggles. She later outed herself as a barber.

There was no word if the two would get married.

Together, DaBaby and his wife prospect/baby mother MeMe are parents to two kids: a son and a daughter (from her earlier relationship.”

In the music video for his 2019 single “Intro,” both of the kids made a cameo.

In early-November 2019, rumors swirled that DaBaby and baby MeMe were expecting their second child. Many labeled the duo’s second bundle of joy “friendship baby.”

Weeks before the baby news gained traction, MeMe had confirmed that the two were single but remained on good terms despite the split.

Insisting that he didn’t “entertain cap,” DaBaby too to Instagram and shot down the pregnancy rumors.

Circa February 2020, DaBaby was put on a blast by girlfriend-turned-baby mama Meme.

Instagramming a screenshot of a text message between DaBaby and his “mistress” Latoia Danet, Meme accused him of cheating on her.

Responding to the cheating allegation, He confirmed that a baby was indeed on the way. However, the “BOP” hitmaker insisted on being faithful to MeMe.

Per the rapper, he and MeMe weren’t an item when his 2nd biological child was conceived.

On the release day of his first studio album “Kirk,” DaBaby’s yearbook surfaced on Twitter.

The content of the said high school yearbook stated the “Cash Shit” rapper as a married man and cited a woman named Ashley Kirk as his wife.

Amid the confusion surrounding his relationship status, DaBaby addressed the controversy via Instagram. He vehemently denied ever having a wife.

Is DaBaby Dating B. Simone Or Jessie Reyez?

DaBaby’s love life resurfaced once again in late-March 2020 while the world was fighting the Coronavirus pandemic.

Dating rumors swirled after actress B. Simone shared a photo of him grabbing her assets. Reacting to the commotion, the “Taking It Out” rapper shut down the romance suggestions by calling his alleged new girlfriend “a marketing genius.”

Around the same time, DaBaby was romantically linked with singer Jessie Reyez. When quizzed about their relationship status by Tory Lanez during an IG Live, Jessie asked the Canadian musician to mind his business.

In 2020, DaBaby went public with his romance with DeniLeigh. December that year, DaniLeigh had shared a photo of her arms around the rapper on IG.

Reportedly, the couple started dating in 2019. DaniLeigh even had helped choreographed the rapper’s music video for his hit single “BOP”.

While still together, DaniLeigh faced criticism over her song “Yellow Bone”. The song allegedly dissed DaBaby’s

Doja Cat made her career official after releasing her debut single So High in 2013 on the sound-streaming...