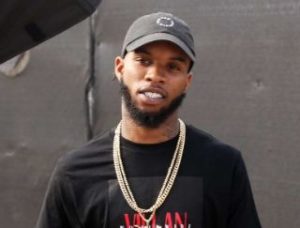 Tory Lanez encapsulates what modern-day pop stars should sound like. Rising to popularity circa early-2010s, he perfectly blends his rapping abilities into his autotune-drenched singing.

Who Is Tory Lanez’s Baby Mama?

In late-December 2017, Tory Lanez shared adorable photos of his son taking a bath on Instagram. He aptly addressed his pride and joy as “Lil Fargo” — a homage to his moniker “Argentina Fargo.”

With the baby unveil, supporters Tory to reveal his baby mama as well. To their dismay, Tory never did.

The chances of Tory’s baby mama being a “9 to 5 woman” remains high. On multiple occasions, he has professed his love for “regular girlfriends.”

What’s more, Tory and radio personality Angela Yee shared a rather flirtatious exchange during an on-stage interview. Whether the two eventually got engaged in any form of relationship, nobody could tell. 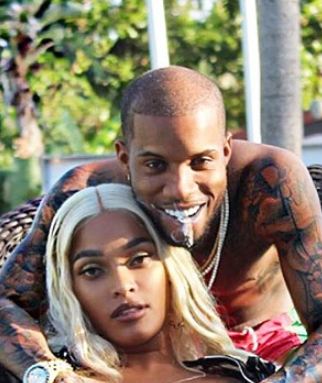 Not every female celebrity with whom Tory hooked up was discreet about their sexual encounter.

Back in January 2019, rapper DreamDoll released a scorching diss track titled “On Ya Head” aimed at Tory. In it, she accused the musician of wanting to have a threeway with another man.

In late-February 2020, Tory gushed about collaborator Mya. Sharing a picture from an event via Instagram, he called the “Spice & Sugar” hitmaker “the love of my life/ future wife.”

What Happened Between Him & Meghan Thee Stallion?

On 12th July 2020, major publications reported the LAPD officers arrested Tory Lanez on the concealed weapon charge. Later, he was released after posting the bail.

On the night the tragic incident occurred, Tory and Meghan partied with socialite Kylie Jenner. What’s more, the musician duo was reportedly an item.

On 15th July 2020, Meghan took to Twitter and expressed she felt great to be alive. Additionally, the “Cash S*it” rapper claimed the crime against her was intentional — meant to cause harm.

Tory Lanez indeed shares Caribbean roots. He was born with the real name Daystar Peterson to parents: Sonstar and Luella Peterson. While his preacher father hailed from Barbados, his mother was a native of Curacao. When Tory was barely a teenager, his mom passed away after losing a long battle to a rare disease.

More about his family: Tory is siblings with a sister named Destiny Peterson who performs under the stage name “DSTNY.” From his parental side, he has two baby half-siblings.

Growing up, Tory lived in Canada, Atlanta, Miami, and New York. No wonder, his nomad-like upbringing gets reflected on his world-encompassing musical output.

How Much Does Tory Lanez Own In Net Worth? Best Albums & Songs

Creating a buzz with the 2913 project “Conflicts of My Soul,” Tory Lanez announced his arrival. His collaborative work with Sean Kingston and YG further solidified his rising status.

In 2015, Tory penned a recording deal with Interscope Records via Mad Love Records. The following year, he dropped his debut LP titled “I Told You So.” “Memories Don’t Die” and “Love Me Now?” were his subsequent albums.

More so than the full-lengths projects, his mixtapes — the “Chixtape” series, to be precise — helped Tory built a strong worldwide fanbase. In Fall November 2019, he announced “Chixtape 5.” Five months later, Tory dropped “The New Toronto 3.”

“LUV,” “Say It,” “Me & My Girlfriend,” “Controlla” and “Shooters” are the “One Umbrella” head honcho’s highest-charting songs.

Besides wealth, the Hip-Hop fame for Tory spawned numerous beef. In the past, he engaged in a very public squabble with the likes of Drake, Don Q, Royce Da 5’9” and Joyner Lucas.

Amid Coronavirus pandemic, Tory provided much-needed entertainment via his IG live show titled “Quarantine Radio.” On it, he interviewed the likes of Chris Brown and Drake. What’s more, Instagram even banned his show.

Michael Rainey Jr. first stepped into the entertainment business as a child prodigy. He acted in television,...