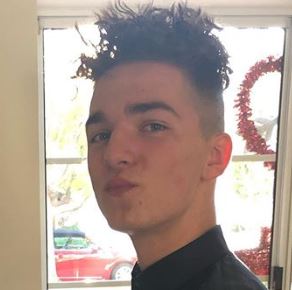 As the son of Corey Feldman, Zen Scott Feldman was destined to hog the limelight from the birth.

In March 2020, more attention followed Zen’s way after the airing of “(My) Truth: The Rape Of Two Coreys.” The Showtime documentary focused on father Corey’s young life and the abuse he suffered in Hollywood.

Interested in Zen’s wiki? well, tag along and discover his date of birth, dating status, and filmography!

In late-Summer 2019, Zen Scott Feldman became 15 years of age. every 7th August, friends and family shower him with birthday messages.

Zen was born as the first — and the only son (as of 2020) — of Corey Feldman and his second wife Susie Sprague.

Corey met Susie on her 19th birthday. They became on Valentine’s Day in 2002. Eight months later, the duo got married.

Zen’s parents divorced in 2014 — five years after separating. So amicable was the split between the two that his mom asked for a mere $307 in child support. Upon the finalization of the divorce, his dad was ordered to pay $750.

Corey married Courtney Ann Mitchell after Susie. Before Susie, he was married to Vanessa Marcil. Neither of those marriages produced children. Thus, Zen didn’t have siblings or half-siblings (as of 2020). 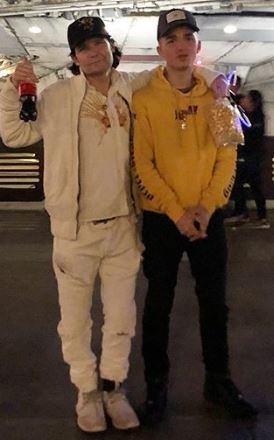 How Tall Is Zen Scott Feldman? Job, Movies, Net Worth

According to Corey Feldman, Zen helped him overcome depression which stemmed from his struggles with fame.

In his youth, the former “The Goonies” star was exposed to the negative aspects of show-biz. He never wanted his flesh and blood to go through the same.

Via an Instagram post uploaded in Feb 2020, Corey explained his decision to keep Zen away from the spotlight. In his words,

“He is a nice young man, & these cute kids R lucky 2 have this time 2 share in their youth, an experience I was never fortunate enough 2 hav, as I never got 2 hav a prom, or take a girl 2 a HS Dance. So I’m beyond grateful that I hav been able 2 raise my son w that bit of #NORMALITY that I never knew!”

As fans can recall, Zen wasn’t even featured in the season 1 of “The Two Coreys.”

All in all, the chances of Zen holding a job in the entertainment business seemed unlikely. Corey wouldn’t even want him to work in movies.

In his prime, Zen Scott Feldman’s dad drenched himself in the dating pool. His long list of A-list girlfriends was enviable.

Many expected the younger Feldman to follow his father’s footsteps. Sadly, his dating life and identity of a possible girlfriend. eluded public grasp. As a result, speculations arose that he could be gay.