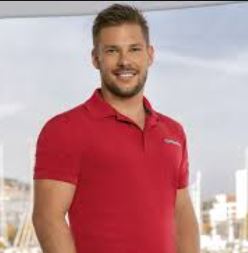 Joao Franco rose to fame as the star of the hit Bravo TV series “Below Deck: the Mediterranean” — a spinoff of “Below Deck.”

Per the premise of the show, a camera crew followed Joao and co-stars who reside and work abroad a 150′ yacht called “Sirocco” during a charter season in parts of Europe.

Get acquainted with Joao’s married status, net worth plus background by reading his bio! Written in wiki format, the article below highlights his personal and professional milestones.

Season 3 of “Below Deck: the Mediterranean” saw Joao Franco get involve in a love triangle with co-workers Kasey Cohen and Brooke Laughton.

When the season ended, Joao picked Brooke. After a short blissful dating period, they split. The tragic news was revealed in the show’s reunion.

According to rumors, Joao exchanged flirtatious text with Kasey when Brooke was still his girlfriend. Unsurprisingly, he denied the claims.

Joao then flipped the narrative and accused Brooke of being unfaithful during the relationship. His co-star turned lover rejected the cheating allegation.

Joao Franco didn’t let experience affect his quest of finding the one. The search led him to future wife prospect Michelle Dicu — a dental hygenist.

On the day season 3 of “Below Deck: Mediterranean” was filmed, Joao crossed paths with a future girlfriend at a dental clinic. Michelle — who covered the dentist — operated on his teeth.

During their first meeting, there existed very little to zero chemistry between Joao and Michelle. Sparks finally a few months later when the two reconnected. 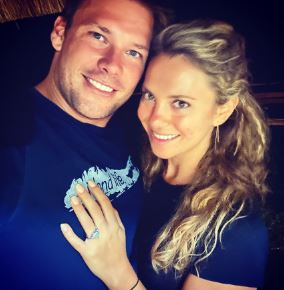 Together since November 2018, Joao and Michelle got engaged in March 2020. He popped the big question to his now-fiancee while on a trip to Zimbabwe.

Sharing a series of photos from the eventful day, Joao broke the news via Instagram. The celebrated reality star didn’t share when the two would get married.

When a Twitterati suggested there be a “wedding special” with her as the wedding’s officiant, Sandy Yawn replied, “Love this!”

In Spring 2019, Joao Franco became 29 years of age. Every year, the famed reality blew the birthday candles on the 30th of April.

Admittedly, Joao didn’t hail from a rich family. Talking about his parents and humble beginnings, he once said:

“I mean, Zimbabwe is a very, very hard country to work in. Especially, my parents weren’t rich, they didn’t have anything, so we started from nothing… ”

Admittedly, Joao and his parents were still thick as thieves despite living in separate parts of the globe. While his dad lived in Mozambique, his mom resided in South Africa. His brother Karlos called Dubai a place of residence.

Determined and inspired, 17-year-old Joao left high school. And as such, he didn’t seem interested in acquiring a college degree.

Upon entering the workforce, Joao participated in all types of work — from running a bar to working as a lighting technician to running an event company and serving as a motor vehicle engineer for BMW.

When Zimbabwe’s economy crashed, Joao Franco along with brother Karlos Franco left for Europe. They entered France with gold coins.

Once in France, Joao got into yachting. Fast forward to the mid-2010s, he was cast as a lead deckhand in the 3rd season of “Below Deck Mediterranean.”

Impressed by his quick learning, Joao was promoted to Busan when the Bravo series “Below Deck: the Mediterranean” for the fourth installment.

A fan favorite, Joao reportedly pocketed a five-figure salary p.a. for his efforts on “Sirocco.” He also bagged a separate income for appearances on “Below Deck: Mediterranean.” The earnings, in turn, solidified his $350k net worth.