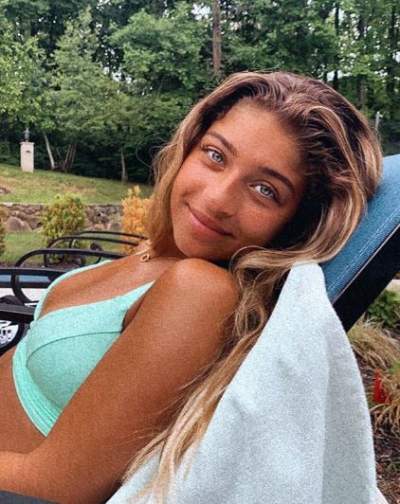 While people, all around the globe were facing the primary as well as collateral effects of the Covid-19 pandemic, Gia Giudice found herself a helpful distraction.

Gia Giudice, the young pop singer and celebrity kid, got the nose job and wrote on her Instagram that she had never been happier and comfortable on her skin and she is “absolutely in love with it!”.

Tune in to know what exactly made the teenager go under the knife for rhinoplasty. All along we unwind you her wiki, career, and personal life details.

Gia Giudice was born in 2001 in New Jersey, the United States. And because she grew up celebrating her birthday every year on the 8th of January, her zodiac sign is Capricorn.

Gia Giudice belongs to a famous household in the town. Her father, Joe Giudice is an Italian-American television personality, businessman, and bodybuilder. And her mother is none other than Teresa Giudice, Bravo TV’s Real Housewives Of New Jersey star.

Joe and Teresa starred together in the shows from 2009 to 2016. Besides Gia, they have three more daughters. Gia being the eldest, Gabriella Giudice was born on 4th October 2004), Milania Giudice on 2nd February 2006), and Audriana Giudice on 14th September 2009. 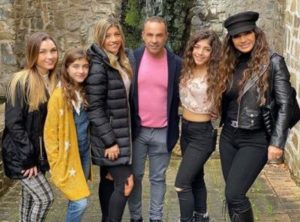 Gia’s youngest sibling Audriana’s birth was featured in the second season of The Real Housewives of New Jersey. While Milania made a debut on the show in 2009 and appeared irregularly until 2019.

The beautiful with salt and pepper colored hair and hazel eyes confessed had this insecurity about her nose for a while. As a result, she did plastic surgery. The nose job performed by Dr. Geoffrey Tobias was a bit swollen when she last informed about the surgery on the 18th of July.

While Gia’s TV-star mother commented that she couldn’t be more proud of her daughter. She further wrote— “You are beautiful inside and out Love you to infinity and beyond.”

Although before Gia’s procedure, Teresa who supported the idea as she also had some work done, had told that she would not allow her daughters to go under the knife until they were twenty-one.

Talking of tattoos, Giudice got one on the earlier this year. She received the inking together with her father. Gia got a little bird her on the side of her ribcage while Joe got that of an eagle on his chest. Meaning— they can fly to each other whenever they want and that they were always a flight away.

More to it, she said the paired tattoos also resembled rising to heaven for her grandparents who passed away at different times before 2020.

Last reported in August of 2019, Gia Giudice was leaving home to begin her freshman year of college at Rutgers University in New Brunswick, New Jersey.

Before this, she had studied in Montville Township High School.

It might take a while before Gia starts making money like her parents. Although her net worth now, probably from social media endorsements and other sources, was valued under $1 million.

US Weekly and other famous platforms claimed Gia Giudice to have been dating Christian Carmichael somewhere around March 2020. The declaration was based on the TikTok video where she tagged Christian.

And before this, Gia was predicted in a relationship with Dolores Catania’s son Frank Catania Jr. after they attended prom together in 2019’s May.

However, the pair’s friendship did not blossom into a relationship. Frank’s mother had then said— the “timing is not right” for her son because of his investment banking career.

Meanwhile, Frank’s remarks on Gia’s romance with her latest boyfriend, exclusively with Page Six would be.

“I’m not mad at all. As long as she is happy and he treats her right, I am happy for her. At the end of the day, she’s my friend, and if something was to happen in the future with us — time will tell.”

Rising to fame in 2018, Jennifer Aydin is an American socialite and a reality star. She starred in the 9th...