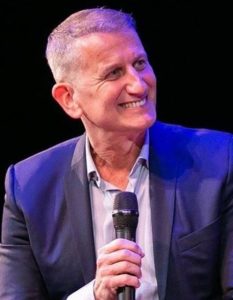 First-quarter of 2020 was a stressful time for humanity. But the most distressing event that happened was the Covid-19 pandemic which shook humanity from the core. The epidemic claimed the lives of almost 19,000 people worldwide as of the end of March.

Along with that, the news of several Hollywood stars like Tom Hank and wife Rita Wilson, Idris Elba, Olga Kurylenko, Charlotte Lawerence and many more catching the virus had made the headlines.

On 24 March 2020, fans of broadway shows have relayed the message of the death of award-winning screenwriter and playwright, Terrence McNally. The death of the broadway star impacted the most to his husband Tom Kirdahy.

In this wiki-style article we explore life and relationship of Tom Kirdahy and the late Terrence McNally along with a short biography of the former, so scroll down.

As per the New York Times interview of Tom Kirdahy and Terrence McNally, the in-love couple got married on 20 December 2003 at the Inn at Saw Farm in West Dover, Vermont. The couple was happily married for almost 16 years and 3 months till the death of Terrence McNally in March of 2020. 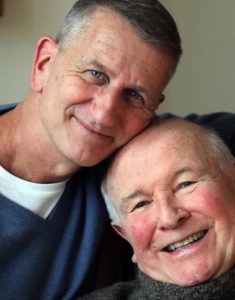 The pair first met each other in June of 2001 at Hall in East Hampton, New York.

Tom’s husband was diagnosed with lung cancer shortly after they had met, but after prolonged treatment, he had won the battle against cancer until Covid-19 claimed his life.

The couple had lived in the East Village of Manhattan for over 17 years.

Tom Kirdahy was born on 18 June 1963. He turned 56 years old while celebrating his birthday in 2019. As per his birth month, Tom is Gemini by Zodiac sign.

Talking about his family, he was born to Paul E. Kirdahy and Joan Kirdahy. Tom hasn’t shared any details regarding his possible siblings.

As for Tom’s educational background, he attended New York University and graduated valedictorian of his class in 1985 with a BA degree in politics and dramatic literature.

Following that, NYU School of Law to become an entertainment lawyer.

Tom Kirdahy’s love for Broadway rooted back to his young age. While growing up in Long Island, he used to beg his parents to take him to see Broadway shows.

His introduction to The Magic Show and Pippin and Chicago helped him further concrete his love for broadway. He was credited for producing Deuce (2007), Tony-nominated revivals of Ragtime (2009) and Master Class (2011).

In 2014, Tony helped produce his husband’s play titled Mothers and Sons. The show marked a historical event as it was the first-ever for a legally gay couple gracing the Broadway stage.

Tom was the co-founder of the Maberry Theatricals company. And also served as a chairperson of the Broadway League Government Relations Committee.

Tom believes in exploring the stories of human triumph which can move and inspire the viewers. LGBT issues are also his staple content to talk about through the plays he had produced.

Before his career as a Broadway producer flourished, Tom had worked as a lawyer. At the time when he graduated law school, AIDS was ravaging New York City. So moving aside from his dream to be an entertainment lawyer, he became Public Advocate.

So Tom decided to provide free legal assistance to people who had HIV/AIDS. He was also the co-Chair of East End Gay Organization.

Adam Rapp’s incredible play The Sound Inside came alive on Broadway with majestic performances by the...