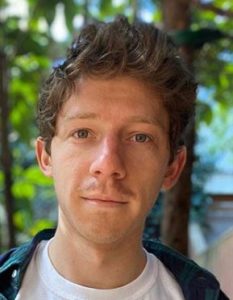 Adam Rapp’s incredible play The Sound Inside came alive on Broadway with majestic performances by the two leads: the great Mary-Louise Parker, a long-established actress with a Tony, an Emmy, and two Golden Globes and Will Hochman, a newcomer in the theater world who was in no way second fiddle to Mary-Louise Parker.

This article concerns with the newcomer, the Broadway debutant, Will Hochman. Read below his bio, his wikis, information regarding his family, and girlfriend(s).

Starting with his bio, Will Hochman was born on 4 March 1992 in Brooklyn, New York. His birth name was William H. Hochman. On his 2020 birthday, Will turned 28 years of age.

Having his birthday on the 4th of March, his zodiac sign is Pisces.

Will Hochman was born to American parents, Kenneth Hochman and Marlene A. Hochman. Will was born alongside a twin sister called Emily B Hochman, who was born two minutes before him. Will also has another sibling in the family, an elder brother, Daniel Hochman who is three years older than him.

Growing up in Brooklyn, Hochman played basketball and baseball and loved sports dearly. Acting, which was to become his profession, however, he didn’t start until he was twenty and in the junior year in college.

Will attended Colby college and graduated with a degree in Economics and a passion for acting. In his final year in college, Will played John Proctor in Arthur Miller’s classic The Crucible. That Will himself admitted being a big moment in his acting career as well as his life.

Considering that Will is young and relatively new to showbiz, his social media reach is not that big. He had a tiny amount of Instagram followers although he was very active on Instagram.

Will’s Twitter also seemed to be filled with posts, although the nature of the posts happened to be more shares and photos and videos than text-tweets.

Will came late into acting, at the age of 20, but his journey since was very rapid and very intense. Early on, he appeared in a few short films.

In 2016, at the age of 24, Will got his first professional acting job in Classic Stage Company‘s adaptation of Dead Poets Society. Later on, he performed in Mark Taper Forum‘s production of Sweat. Eventually, it was Adam Rapp’s beautiful play called The Sound Inside, which gave Will his first entry into Broadway.

The Sound Inside was a big landmark for Will. All the other three names in the play: Adam Rapp the writer, David Cromer the director, and Mary-Louise Parker the lead actress were big names in the theatre world, long-established and award-winning names. The play premiered at Williamstown Theatre Festival in 2018 and later transferred to Studio 54.

Of course, Will Hochman is not only leaving his mark on the theatre world but the screen as well. After the success of The Sound Inside, Will was cast as Joe Hill for the 2020 season of CBS‘s police drama Blue Bloods.

Previously, Will had acted in the movies like The Invisible Worm, Paterno, Love. He also appeared on three movies that were yet to be released by the time this article was penned: Let Him Go, Critical Thinking, and Master.

Will was riding high with successes in the profession, jumping from one high-profile project to the next. His personal life, however, seemed to be utterly mysterious. There was no information about Will’s girlfriend — or a boyfriend, if Will was gay, for that matter.

Of course, due to his performances in theater and on screen, he was beloved by many. There was one particular woman on Instagram, Heather G, who commented at one point that she loved Will. However, it was unclear whether this commentary was the love of a fan or a girlfriend.

First-quarter of 2020 was a stressful time for humanity. But the most distressing event that happened was the...